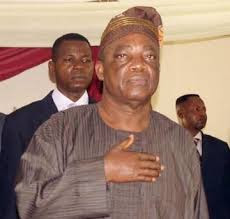 The Court of Appeal sitting in Akure on Friday nullified the impeachment of Alhaji Ali Olanusi as the deputy governor of Ondo State.

Olanusi was impeached on April 27, 2015 by the state House Assembly over anti-party activities.

The ex-deputy governor, who is now a member of the All Progressives Congress (APC) Board of Trustees (BoT), was away on medical vacation when he was impeached.

The Akure High Court had earlier approved the impeachment, a development which prompted Olanusi to approach the appellate court.

The appeal court held that the impeachment did not follow the provisions of the law.

He added that the former deputy governor was not given fair hearing before he was impeached.