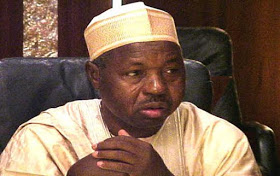 A Katsina Chief Magistrate’s Court today sentenced one Gambo Saeed to nine months imprisonment for insulting and defaming the character of Katsina state governor, Aminu Masari, on social media.At the hearing of the case against Saeed today, the Police Prosecutor, Inspector Isa Liti told the court that Saeed was arraigned following complaints received from the Senior Special Assistant to the Governor on Radio Monitoring, Mansur Ali Mashi

According to Liti, Saeed was arrested and arraigned for intentional insult, defamation of the governor’s character and inciting disturbance.The charges were in accordance with sections 399, 392 and 114 of the Penal Code. Saeed pleaded guilty to the charges.Chief Magistrate Abdu Ladan, found the accused guilty and sentenced him to 9 months imprisonment without an option of fine.