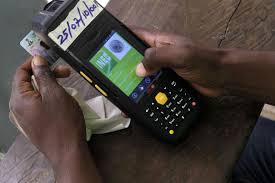 A former National Commissioner at the Independent National Electoral Commission, Prof. ‘Lai Olurode, says Nigeria is politically matured enough to commence conducting its national elections through electronic voting.
Olurode, a professor of Sociology, said by embracing electronic voting, Nigeria could address the problem of electoral violence.
He said this while delivering his inaugural lecture titled, “The slaughter slab as a metaphor,” at the University of Lagos.
Olurode also proposed a cut in the wages of public office-holders to lessen the desperation for seeking political power, because, according to him, desperation for political power was the main factor fuelling electoral violence.
He said, “The disparity in salaries and allowances between political office-holders and public/private workers should be narrowed so that public office seekers will not be given to aggressive and deviant behaviours.”
He added that the country might not be able to stem the tide of electoral violence until the socio-economic deprivation that the masses were subjected to was addressed.
“The higher the level of socio-economic deprivation, the higher the level of violence in the electoral process under conditions of weak institutionalisation of social norms,” Olurode said.
Part of Olurode’s four-pronged solution to electoral violence is the use of electronic voting.
“Election technology has proved a valuable asset in curbing acts of impunity and in making elections to be truly competitive. The time to use electronic voting is here, and INEC can commence the process with the governorship and by-elections that will fall due before the 2019 general election,” the don said.
The other solutions to electoral violence proposed by Olurode are cutting the cost of campaigns; putting targeted policies in place to curb impunity by political actors; and acculturation of Nigerian laws and statutes to reflect traditional preferences, history and popular yearnings of citizens.
Present at Olurode’s inaugural lecture were UNILAG’s Vice-Chancellor, Prof. Rahmon Bello; second republic Lagos State Governor, Alhaji Lateef Jakande; a former INEC Chairman, Prof. Attahiru Jega, who was represented by Ambassador Mohammad Wali; a former Inspector-General of Police, Alhaji Musiliu Smith, among others.
Source:punch