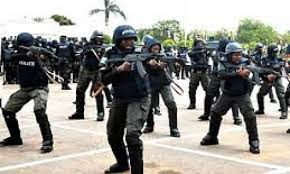 The Enugu State Police Command and the 82 Division of the Nigerian Army has denied any complicity in the take over of Evangel House,National Headquarters of Assemblies Of God Nigeria by the Leadership of the Church led by Rev DR Chidi Okoroafor.

A Former General Superintendent of the Assemblies of God Rev Paul Emeka had yesterday accused the police and 82 Division of the Nigeria Army, Enugu of complicity in the leadership crisis rocking the ministry.

But the police and the army have denied any complicity, explaining that they intervened to protect court officials and enforce law and order.

In his reaction, the Public Relations Officer of Enugu Police Command, Ebere Amaraizu said: “The police did not evict any member of the Assemblies of God Church as claimed, but we provided security to the officers of the Supreme Court and the State High Court who were in Enugu to perform their lawful duties at the secretariat of the church.

Also, the Deputy Director, Army Public Relations, 82 Division, Enugu, Col. Musa Sagir said: “Nobody was brutalised by our personnel. You may be aware that the church has been in court for sometime now. Our patrol team was there to assist the police in case there is break down of order.”