Home FEATURED 2018 Budget: NASS Should Play Its Roles Without Being Partisan – Abati 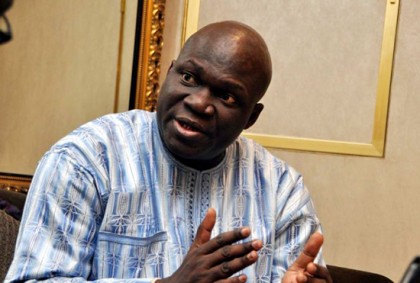 A former presidential spokesman, Mr Reuben Abati, has challenged the National Assembly to carry out its duties objectively and thoroughly in order to ensure a smooth process.

Mr Abati said this in reaction to the Senate’s rejection of the 2018 budget proposal presented to the National Assembly by President Muhammadu Buhari on Tuesday.

The Senate had complained that the 2018 Appropriation Bill was filled with inaccuracies, inconsistencies and was being padded.

While addressing the issue during an appearance on Channels Television’s Politics Today, Mr Abati opined that if indeed the budget was being ‘padded’, it was the responsibility of the Senate to un-pad it.

“The job of the Senate, even if it has been presented with a budget that has been padded, is to un-pad it because it is a proposal and from being a bill, it becomes law.

“So the question to raise is this – how diligent has the National Assembly been, before raising these issues.

“How well has it investigated this alleged padding that it is bringing up. You might say that there are a lot of inconsistencies but before it is passed into law, it is part of its job to clean it up.”

Speaking further, Mr Abati said the response of the Senate might infact be a delibrate attempt to “demonise” certain persons.

“Look at the process, the MDA submits to the ministry, the ministry submits to the Ministry of Budget and Planning and from there it goes to the President who now lays the budget before the National Assembly. But I have seen in what we have read in the last 48 hours an attempt to demonise persons. In particular, the Ministry of Power, and to call Fashola names. I don’t think that is the way to go about it.

“What Nigerians expect is a thorough budgeting process and where there are mistakes, the National Assembly is expected to play its oversight role without being partisan or indolent,” he added.

Also reacting to the situation, the President’s Special Adviser on National Assembly Matters, Senator Ita Eniang, dismissed the claims that the budget had been padded.

According to him, the term ‘padding’ describes an unlawful insertion into a lawful document but in this case, the document presented before the Red Chamber, was only a proposal yet to be passed.

“I think it is not a disappointment for the president’s economic team because when a budget is presented to the legislature, what is presented there is a budget proposal and it is for the legislature to consider it and pass it as it deems fit. I understand padding to be an unlawful insertion into a lawful document – A document that has become legitimate – has become law.

“Meanwhile what Mr President laid on the table of the National Assembly is a budget proposal and I do not for now understand what could be called padding because it is only if the budget is considered, passed, harmonized between the House and the Senate, transmitted to the President, it is assented into law and after assent, some other thing is added thereafter, that is what may be termed to constitute padding in law,” he stated.

2023: I will dump, quit politics if Jonathan agrees to run under APC – Party Chieftain, Vatsa

2023: I deserve the right of first refusal of Presidential race – Atiku to PDP NWC

Mbaka warns Buhari say “Your fighter jets will be used to...