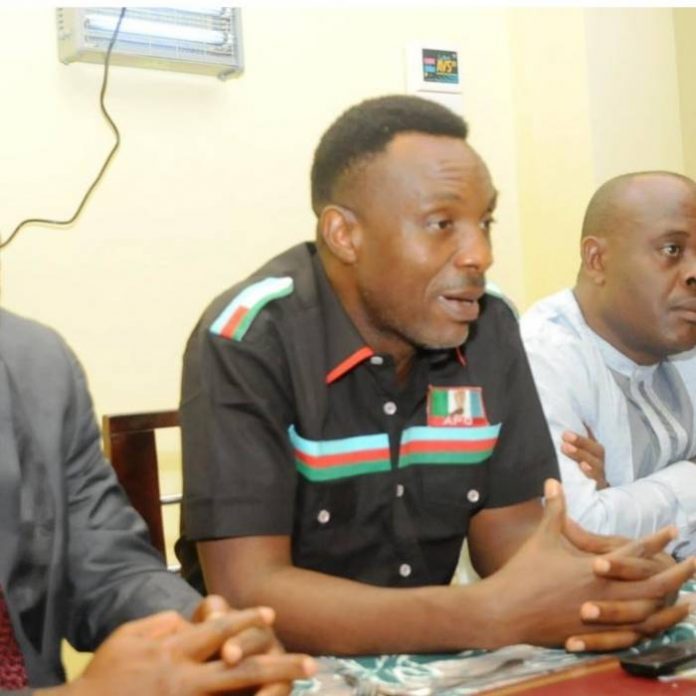 The All Progressives Congress, APC, Enugu State chapter, has re-elected Dr. Ben Nwoye as its chairman.

Nwoye was reelected on Sunday during the party’s rescheduled State congress held at the Nnamdi Azikiwe Stadium, Enugu.

Recall that the exercise, which held across the 36 States of the Federation and the FCT, was disrupted midway into the accreditation of delegates on Saturday.

Thugs had marched into the venue and chased everybody away, including the members of the congress committee sent from the National Secretariat of the party and the INEC officials.

Following the incident, the exercise came to an abrupt end, as party members scampered for safety.

It was also reported that the party rescheduled the congress for today, Sunday, morning.

Newsmen, who was at the venue, report that the peaceful exercise also saw to the election of other members of the State Working Committee.

National Vice Chairman, South East, of the party, Mr. Emma Eneukwu, and the Director General of the Voice of Nigeria, Mr. Osita Okechukwu, who were among the party stakeholders at the congress, hailed members for their sense of commitment and peace even in the midst of provocation.