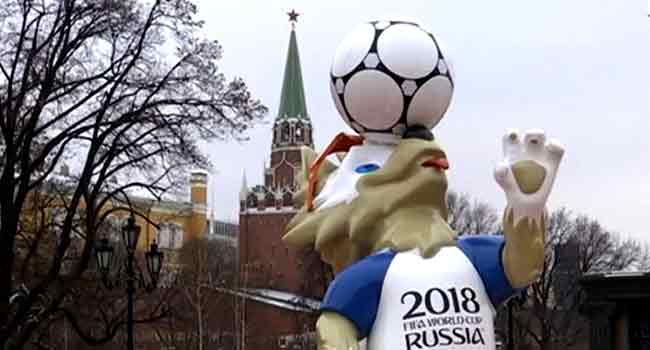 Russia will reportedly deploy jamming devices used in Syria and the war in Ukraine to defend World Cup stadiums against a drone attack.

The threat of terror has been a prime concern for organisers of the June 14 to July 15 football showpiece.

Russia has been hit by a string of suicide bombings since winning the right to host the world’s most-watched event in 2010.

Some have been blamed on militants from the North Caucasus with ties to the Islamic State group in Syria.

Russia’s military bases in the war-ravaged Middle East nation have also been targeted by deadly drone attacks this year.

The possibility of someone using the increasingly ubiquitous devices to drop a bomb on a stadium is one Russia’s defence ministry is not taking lightly.

A source in the Russian defence ministry told RBK that some of the units are still classified as top secret and only available to the FSB security service.

Others have reportedly been set up in Syria and spotted in east Ukraine by European monitors of the four-year conflict between Kiev forces and Russian-backed separatists.

“Drones are an effective way to deliver two or three kilogrammes (one or two pounds) of TNT, land them on a target and detonate them,” former anti-terror officer Alexei Filatov told RBK.

Russia has set up dozens of no-flight zones and other airspace restrictions for the coming months.

These cover not only the stadiums and 11 host cities but also training grounds and hotels that will be used by the 32 participating national teams.

The transportation ministry has identified 41 locations around which all types of flights — from drones to planes — are prohibited.

These stretch from anywhere between 500 meters (500 yards) and 10 kilometers (six miles).

But operating a drone will be illegal within around 100 kilometers of any of the 11 host cities.

Russian state media have been issuing regular reporters in recent months of state security services conducting raids that led to the capture of alleged terror masterminds.

President Vladimir Putin also took the unusual step in December of personally thanking US counterpart Donald Trump for providing intelligence that helped avert the bombing of a major cathedral in Saint Petersburg.