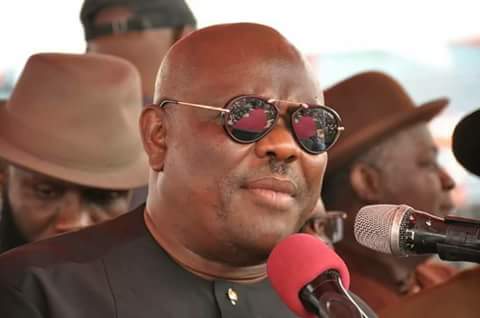 Rivers State Governor, Nyesom Ezenwo Wike has stated that despite the deliberate distractions of the APC Federal Government, his administration has achieved significant milestones in projects delivery.Speaking during a Special Appearance on Channels Sunrise Daily on Monday, Governor Wike said that the commitment to serve Rivers people is at an all-time high.

Governor Wike said: “We are committed in serving the people of Rivers State. That is why we are able to roll out projects. We are also completing projects started by the previous government “.

He stated several high profile projects started or completed by his administration will be commissioned between May and July of this year.

The governor stated that the APC is working desperately to take over Rivers State through illegal means.

He said that statements credited to the National Chairman of APC, Chief Oyegun prove the desperation of the party to use impunity against the state.

Governor Wike said the connivance between the police and INEC in the printing of fake result sheets underscore the promotion of electoral fraud in the state during the rerun elections .

He noted that the Rivers East Senatorial District presentation and certification of INEC results with original serial number by the Police remains a sad commentary on the nation’s democracy.

He said that the failed attempt to block Rivers High Court was implemented by the Police and the APC. The governor stated that he mobilised Rivers youths to resist the illegality.

He said that the APC Federal Government has adopted several methods to intimidate and frustrate the Rivers State Government through the use of Economic and Financial Crimes Commission (EFCC) to make spurious claims on an account of the State Government.

He said that would be the premise for the freezing of certain accounts of the Rivers State Government, for the purpose of crippling the operations of government ahead of the forthcoming elections.

The governor said that his administration has created an enabling environment for businesses to thrive, pointing out that the easy access to certificates of occupancy has improved access to finance for businesses.