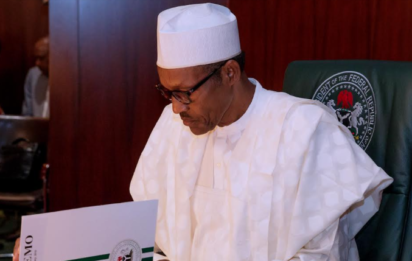 In a statement by the Permanent Secretary (General Services Office) at the Office of the Secretary to the Government Federation (SGF),  Olusegun A. Adekunle, the President charged the appointees to deliver selfless, exemplary and socially impactful services.

He also urged for strict observance of the extant policies, guidelines, rules and stipulations guiding the discharge of their offices.

His appointment is initial period of four years with effect from 17th May, 2018.

His appointment also is for initial period of four years with effect from 17th May, 2018.

For the Federal College of Education (Technical), Omoku, Rivers State, Dr. Emmanuel Ikenyiri was appointed as the Provost for initial period of four years with effect from 17th May, 2018

Dr. Pius Olakunle Osunyikanmi was appointed as the Director/CEO of Directorate of Technical Aid Corps.

His appointment, in accordance with section 9 (2)b of Directorate of Technical Aid Corps Act, 2004, is for a second and final term of five (5) years with effect from 10thAugust, 2018.

Why I withdrew from APC chairmanship race –Odigie-Oyegun

PDP Alerts of Attack, Killing, Labelling of Its Members in Ebonyi...