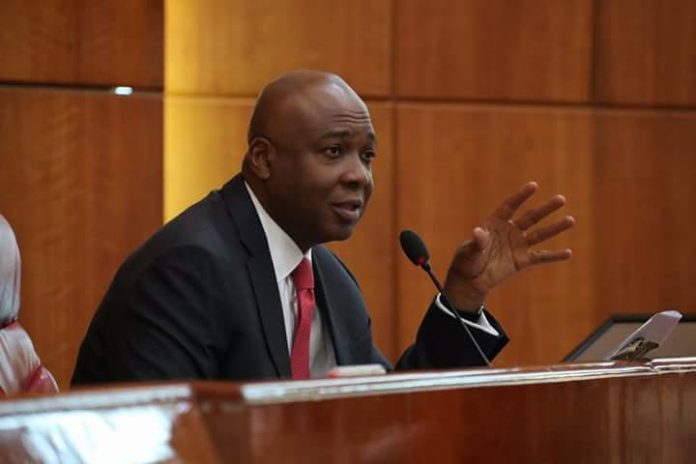 BARING any last minute changes, the National Assembly will transmit the 2018 Budget to the Presidency today.

The Senate President, Dr. Bukola Saraki disclosed this in an interview with the State House correspondents after the breaking of fast between President Muhammadu Buhari and the leadership of the National Assembly at the State House last night.

The Senate President said, “We are here on the invitation of Mr. President to break fast with him. It is a good development and it shows we are working together.

“It is in the spirit of the good relationship that has existed.

It has been traditional and shows that we have been working together whether you are from the legislative or the executive arm, it is one government with the purpose to serve the Nigerian people.

“And I think it is good for Nigerians to stay more and more together. So things are good, things are working well. We will continue to work as one team.”

On when the budget would be transmitted to the presidency, he said, “I think that should have been done, we have to harmonize, it is just slight differences, it has been passed yesterday (Wednesday), it was in rules and proceedings today (yesterday). So I am sure by tomorrow (today) we will transmit it to the Presidency.”