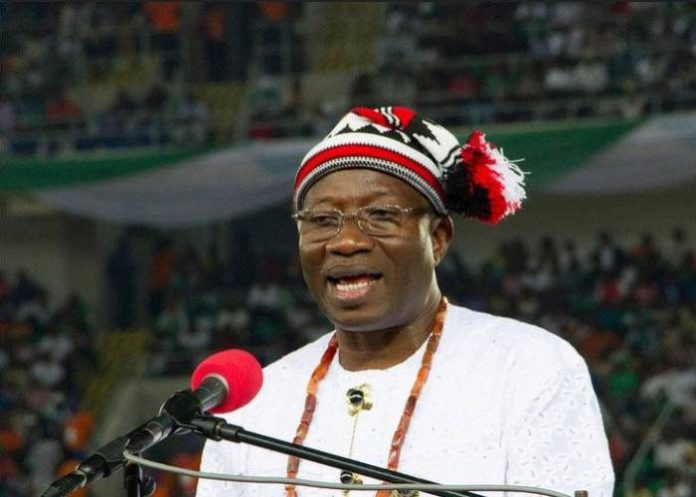 As Nigerians prepare to cast their votes in the general election next week, former President, Dr. Goodluck Jonathan has called on political leaders particularly those seeking elective offices not to let their ambitions set the nation on fire.

Jonathan who spoke in Abuja on Thursday at an event on peaceful elections organised by the GOODLUCK Jonathan foundation urged political gladiators to tow the path of peace and honor and not let their ambition truncate the peace and sanity of the nation.

Speaking at a one day peace conference in Abuja on the need for credible and peaceful general elections, Former President of Nigeria, Goodluck Jonathan warned politicians against making inciting statements that could lead to violence.
He reiterated that the political ambitions of the those seeking elections is not worth the blood of any Nigerian and emphasised the need for politicians to take lessons from Other African countries that suffered the faith of political violence
And called on politicians to desist from playing roles capable of plunging the country into civil war, for their pokit8cal. Ambitions.

Speakers after speakers at the event expressed worries over the fear expressed at different quarters concerning the coming elections, on whether it would be peaceful, free and fair but called on the political gladiators to tow the path of peace and honour no matter the outcome of the elections.

Ahead of 2023 Primate Ayodele releases fresh prophecies on PDP, Wike