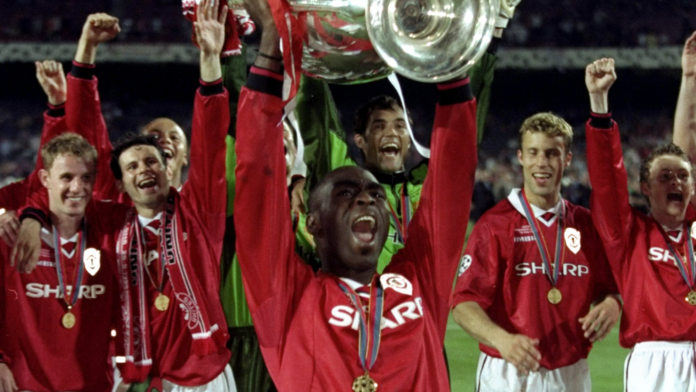 Sir Alex Ferguson’s side played out two six goal draws against the Catalan club in the group stages of their memorable European campaign.

Manchester United should take inspiration from the treble-winning season of 1998-99 and show no fear against Barcelona in the Champions League quarter-final, according to Red Devils legend Andy Cole.

United played out two 3-3 draws with Barca in the group stages of Europe’s elite club competition that year, eventually going on to win the tournament.

Ole Gunnar Solskjaer’s side now face the Catalan club in the first leg of their last-eight tie at Old Trafford on Wednesday and Cole wants the current crop of players to show the same free-flowing attacking football.

“But we showed no fear there. A lot of teams go there and show a bit of fear. They had fantastic players but so did we.

“We went out there and played football. They did the same. That season both games ended up 3-3 and that told you everything about both teams.

“We were respectful but we both tried to beat each other. But six goals in each game speaks volumes about two teams trying to play attacking, attractive football.”

United eventually faced Bayern Munich in the final that season and came from 1-0 behind to seal a legendary 2-1 win via a late winner from current manager Solskjaer.

“I’ve been asked this a few times, ‘Were you disappointed Ole scored?'” Cole continued.

The fact that the Reds made it through the last-16 this year was a shock after they overturned a 2-0 deficit in the second leg against Paris Saint-Germain with a 3-1 win at Parc des Princes.

Solskjaer’s team was then rewarded with a tough draw against the La Liga champions, and Cole claims he was expecting the two sides to meet.

“I called it beforehand,” he said.

“I said to one of the lads, ‘We’re going to get Barcelona’. It’s a strange thing, it’s fate, it’s 20 years on, and then we get Barcelona. I knew it would happen.”

Real Madrid will ‘absolutely not’ sign a striker – Zidane