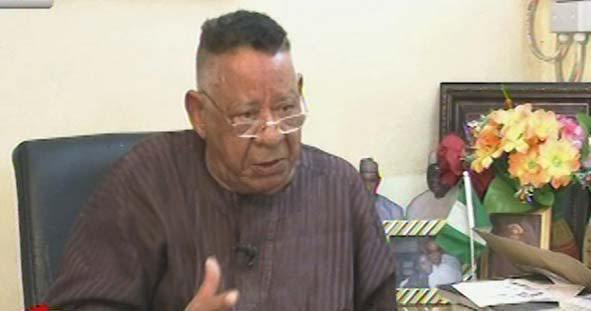 A Senior Advocate of Nigeria (SAN), Chief Robert Clarke on Sunday said that the Nigerian Government should be given credit for prosecuting the suspended Chief Justice of Nigeria, CJN, Walter Onnoghen at the tribunal.

Clarke, in an interview with Channels Television on Sunday Politics noted that the government knew what they were doing before they took the action against Onnoghen.

“The government has knowledge of many things which you and I don’t have, so if the government decided to go and take the head of the judiciary to a tribunal, give them credit that they know what they were doing,” he said.

Clarke said that a petition by the Economic and Financial Crimes Commission, EFCC warranted Onnoghen’s resignation and not the CCT or the tribunal’s findings.

“What has created the situation that he (the CJN) has found himself today is the petition written by EFCC. That petition, he had a copy of it in February,” Clarke opined.

He further stated that Onnoghen had a copy of that petition in February.

“As at February, the CJN was aware of those charges labeled against him.”

Clarke went on to note that at the stage when he got the EFCC’s petition, he should have resigned.

He argued that the politicizing of the situation stopped Onnoghen from doing the needful at the time.

When asked if he would accept Onnoghen’s resignation if he were the President of Nigeria, Chief Clarke said it was best that the political climate was not overheated.

“Let me be honest with you, we should not allow the politics or the political climate to be overheated. I will advise Buhari as President of Nigeria to accept the resignation because if he does not do so, he is creating another heatwave in the politics of the country,” he said.