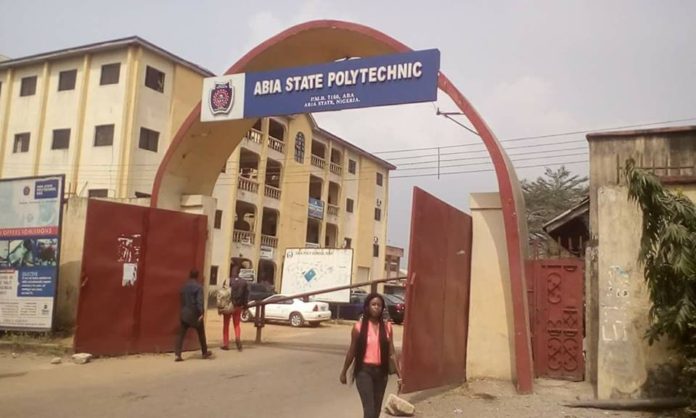 Nearly two decades after delisting Mass Communications as a course of study in the Abia State Polytechnic, Aba, the management of the institution has reintroduced the department.

According to our findings, the department which has an erudite scholar, Associate Prof. Uwaoma Uche as its Head of Department is poised to enhance the study of Journalism, Public Relations, Advertising, among others in its catchment area.

Speaking with The AUTHORITY in Aba, the Rector of the polytechnic, Prof. Friday Eboh, noted that reestablishing Mass Communications department in the institution would go a long way in creating positive impact in the commercial city of Aba, which is booming with a handful of both television and radio stations.

Prof. Eboh posited that that there is a whole lot of advantage in the takeover, saying “it is all plus and no minus. It will cost less and will achieve a greater result and the government will be sure that the institution will survive”.

Recall that the Abia State Polytechnic rolled off the ground in 1992/93 with a certificate course in Mass Communications and later Advanced Certificate course was introduced in 1993/94 academic season with Mr. C. I Ijiomah as its foremost Head of Department before he rose to become the Rector of the institution.

Meanwhile, about thirty five students are currently admitted for the 2018/2019 academic session to pursue a National Diploma course in Mass Communications in the Abia State Polytechnic, the Rector confirmed to The AUTHORITY in Aba.