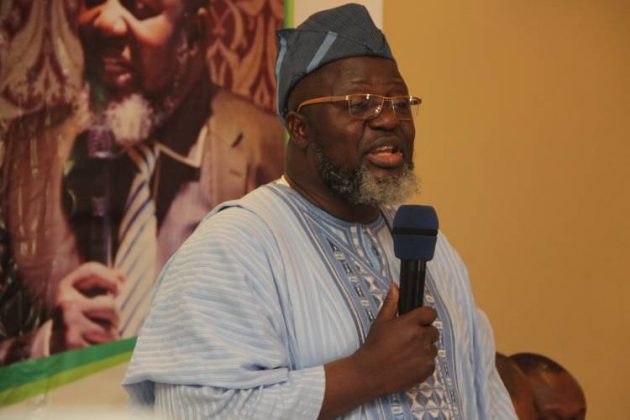 The Minister of Communications, Barrister Adebayo Shittu on Monday described as untrue last week claim by the Senate Committee on Communication that his ministry abandoned 104 projects.

Speaking with journalists in Ibadan on his way to Abuja, the minister said the projects under questioning was 82 not 104 as claimed by the senator committee on communication .

He was also quick to add that the projects were never abandoned as claimed, but stopped from being awarded when petitions emanated from different quarters over the contractors bilked to handle them.

Shittu stated that thorough scrutiny of the petition and the budget for the projects, gave the ministry opportunity to save N600 million which could have gone into the drain.

Shittu said it would be inconceivable for any minister under the leadership of President Muhammadu Buhari, to engage in such, stating that the President could not have made any mistake by appointing any of the current ministers which took him six months to do.

The Senate Committee presided over by Senator Isah Missau, who stood in for the Chairman of the Committee, Senator Gilbert Nnaji, had while bemoaning what it described as the ministry’s poor budget performance for 2018, said it would be difficult for N18.1 billion to be approved for the ministry in 2019 budget.

According to the committee, out of the 121 projects budgeted for in 2018, only 17 projects have reached varying degrees of completion and leaving a larger percentage either not funded or executed at all two months to the end of 2018 budget year.

But Shittu said there was no abandonment of any project by his ministry, insisting that the projects referred to by the Senate Committee which is 82 and not 104 have not yet commenced at all but rather there wa delay in awarding them.

He said for any contract to be awarded there must not only be approval but release of money, disclosing that the Ministerial tender board meeting of the ministry was held six weeks ago and its report submitted, only recently.

The minister added that as the report was coming in, a number of petitions protesting against the fact that there were suspicion deals by the procurement department was received, noting that the projects could not be rushed to be awarded without looking into the petitions.

While accusing the National Assembly of taken seven months to approve the 2018 budget after it was submitted to it, he said by tomorrow (Tuesday) all the processes concerning the projects would have been concluded.

He said, “To start with, the projects which are subject matter of discussion have not yet been awarded, so the proper thing would be that there is delay in awarding them. So, if they are accusing me of delay, something must have caused the delay. To award a contract, fund must be available, and also must be allocated for the specific project. And you will recall that the current system is what we called the envelope system because each project is in its own envelope.

“Then there must be not only approval but fund must also be released. After the release, the procurement department of the ministry will do its part, then the Ministerial tender board which held its meeting six weeks ago. This is because if there is no ministerial tender board meeting, then there is noting for the minister to approve and there nothing for the ministry to award. Just as the report of the board was coming in, we had a number of petitions protesting against the fact that there were suspicion deals by the procurement department.

“As an apostle of President Muhammadu Buhari’s anti-corruption crusade, I cannot turn the other eye, I must look at the petitions, and what I did was to set up a committee within the ministry which was inaugurated by the new permanent Secretary two weeks ago. The report of that committee was turned in to the Permanent Secretary only last Monday. And when we met the Senate Committee and that of the House of Representatives, I made this known to them and told them that there has been a delay in view of these issues.

“So, in such a situation, how do you talk of abandonment? The exercise I embarked on would be saving the Federal Government N600m, that means if I had not taken that step, such a huge amount would have gone underneath”.