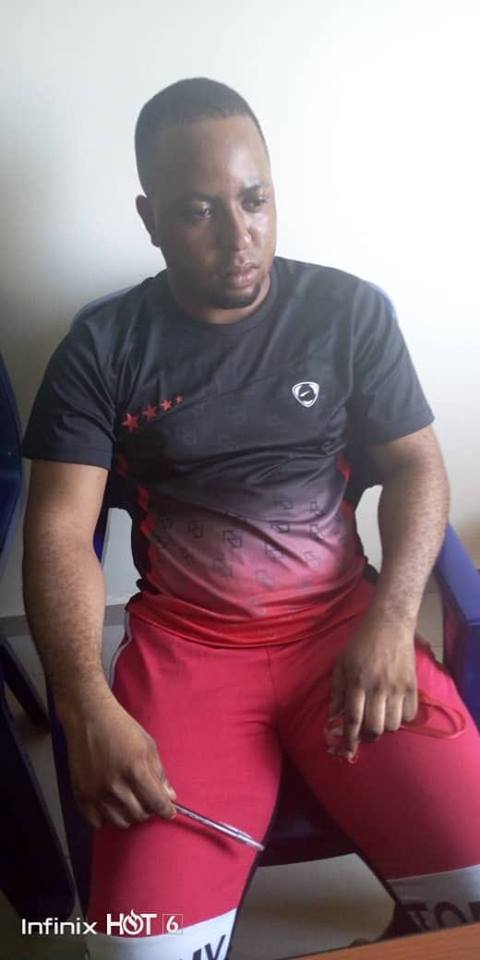 He was arrested following intelligence report received by the Commission linking him to some fraudulent online activities.

Investigations further revealed that he engaged in sending scam emails to unsuspecting citizens and thereafter, defrauded them of their hard earned money running into millions of naira through Fiverr.com and Payoneer account.

Sughter was alleged to have falsely impersonated one late Mrs. Akure Mary when he caused the issuance of a voter’s card VIN number 3072030087 in her name as security for the opening of a Paypal account on the internet.

Investigations further showed that the suspect is living above his means by purchasing porch cars, he does not have a known job yet he is living a flamboyant lifestyle.

One of the counts reads: “That you, James Kuve Sughter, of No 21 Aliade Road, Makurdi sometime in 2018 within the jurisdiction of this honorable court, falsely impersonate one late Mrs. Akure Mary wherein you caused the issuance of a voter’s card VIN number 3072030087 in her name as security for the opening of a Paypal account on the internet and thereby committed an offence contrary to and punishable under section 181 of Penal Code Laws of Benue State Cap. 124 2004.”

He pleaded “not guilty” to the charge when it was read to him.

In view of his plea, the prosecuting counsel, Mary Onoja, asked for the date of hearing. She also opposed the oral bail application of defence counsel, J.H. Anemba, arguing that there was a need for a formal application.

Justice Itodo, however, granted bail to the defendant in the sum of N500,000 (Five Hundred Thousand Naira only) with two sureties in like sum, who must reside in Makurdi with landed properties, and must submit two passport photographs.