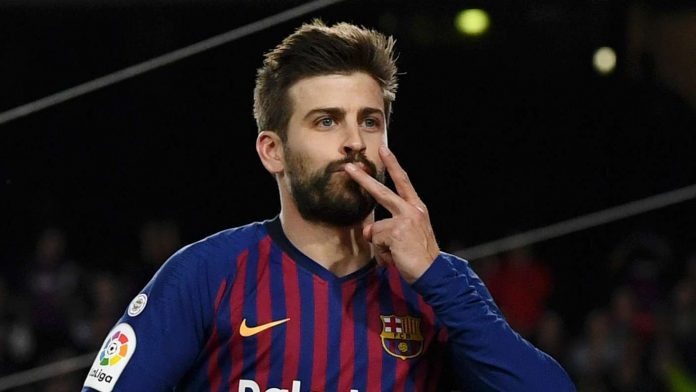 The Old Trafford club’s comeback against PSG in the last 16 proves they are not to be taken lightly, according to the Spanish defender.

Manchester United never know when they are beaten and must not be underestimated by Barcelona in the Champions League, says Gerard Pique.

Ole Gunnar Solskjaer’s side set up the quarter-final tie after producing a stirring comeback against Paris Saint-Germain last month in the last 16.

United lost the first leg at Old Trafford 2-0 before registering a stunning 3-1 win in the Parc des Princes in the return fixture, sealed by Marcus Rashford’s stoppage-time penalty.

And Pique – who spent four years at the Red Devils before returning to his boyhood club in 2008 – has cautioned against complacency if they do leave England with a first-leg advantage.

“You can never leave Manchester United unmarked. You’ve got to finish off the job. They showed that in the second leg against PSG.

“They’ve got a lot of good young players. The penalty at the end is a big example of what can happen. We know how dangerous United are.”

Pique made 23 appearances in all competitions for United, either side of a loan spell at Real Zaragoza, and says his time at the club was the making of him.

“It’s a special game for me,” he explained. “Here is where I grew from a boy to a man. I learned a lot here, not just on the pitch but off it.

“I was here from 17 to 21 and I picked up a lot of experiences required to become a professional. I had good and bad moments. I lived here on my own and you learn a lot that way. I returned a totally different person.”

One of Pique’s team-mates during his time at United was Solskjaer and the former Spain international says he was instrumental in helping him settle into life at the club.

“I remember him as a great team-mate when I arrived here,” he said.

“I was young, and he was one of the older ones. For sure, he helped me adapt to the club, to the city.

“At the end of his career he had injury problems but training with him you could see that he had that quality to score goals. It was a great experience to play with him.”