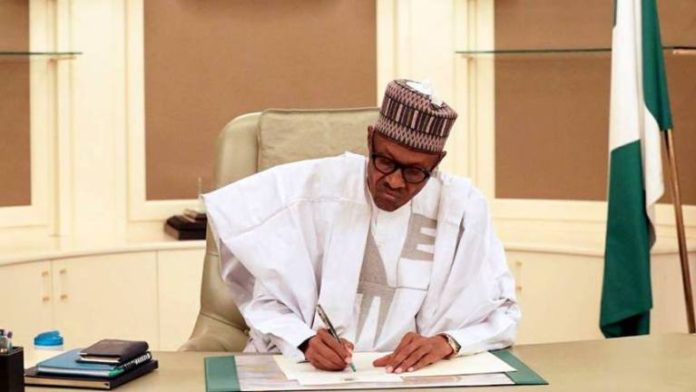 President Muhammadu Buhari has ordered the security agencies in the country to ensure that all bandits are immediately dealt with.

He gave the directive when he met with service chiefs on Thursday at the President Villa in Abuja, the nation’s capital.

Addressing State House correspondents at the end of the closed-door meeting, the Chief of Defence Staff, General Gabriel Olonisakin, disclosed that the President issued marching orders to the military to ruthlessly address the security challenges in the country.

He explained that the meeting reviewed strategies employed so far in confronting the issue of banditry and kidnapping in Zamfara and other states.

The defence chief informed reporters that the security agencies now have a new revised strategy to handle the challenges.

The acting Inspector General of Police, Mr Mohammed Adamu, who also attended the meeting, gave an update on police operations.

He gave assurance that the Abuja- Kaduna Expressway was now safe for travellers.

The police boss noted that the road has been cleared of bandits and kidnappers while security operatives have made a lot of arrests.

Government officials in attendance were the Chief of Staff to the President, Abba Kyari; Secretary to the Government of the Federation (SGF), Boss Mustapha, and the Minister of Defence, Mansur Dan-Ali, among others.