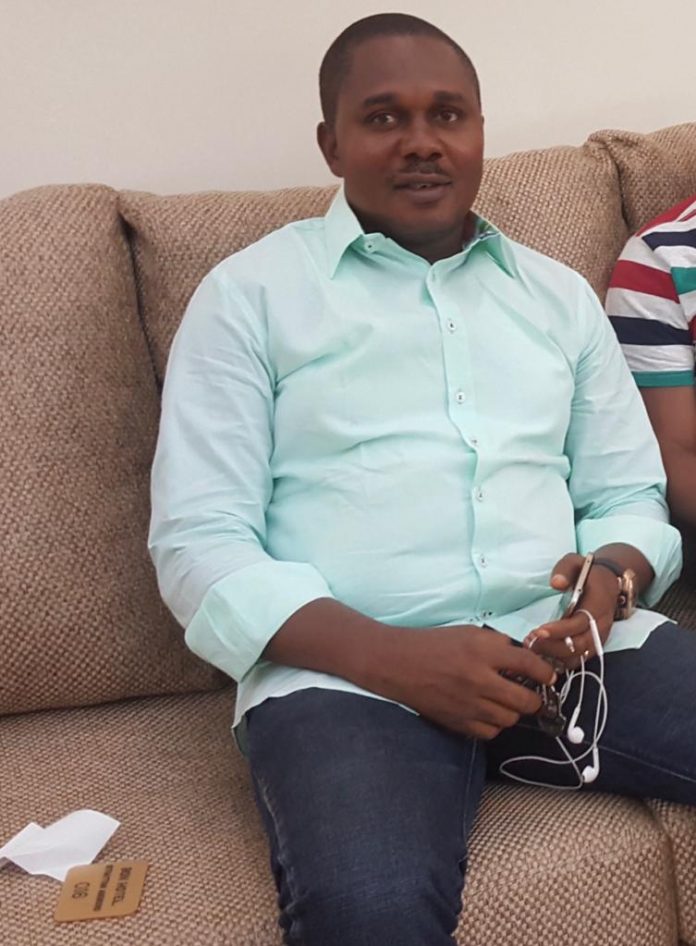 A Chieftain of the All Progressive Congress in Abia State Comrade Demian IFEANYI Igbokwe has cautioned the State Publicity Secretary of the Party in the State Mr Bestman Godson over inflammatory Statements.

IGBOKWE’s reaction is coming few hours after the Abia APC Spokesman accused him of running fake Social Media Platforms for the Party in the State.

Below is his Response.

In a response to the release made by Ben Godson, the Abia APC publicity secretary, Hon. Demian Igbokwe, the National Coordinator for COALITION OF SOUTH EAST YOUTHS FOR BUHARI (COSYB), has this to say when contacted on phone,

‘I read the publication credited to Ben Godson, the Abia APC publicity Secretary about my person, in regards to what he called, fake WhatsApp platform being created by me. Though, I found that laughable as I know where all these drama is drawing from.

It’s a pity that a State Publicity Secretary of my party, allowed himself to be a tool in the hands of some persons. I will not respond to that publication in the manner he may have wanted me to do, but what I will advise is for Ben, to do more of the publicity job than otherwise. I will also refer him to Don Ubani of PDP to learn the scope of the job for a party publicity secretary.

As a friend and my party member, I will advise him to tone down his pattern in discharge of duties. The 9th Assembly leadership race will be over soon and all these insinuations and dramas will die down naturally!

Ben will not deny the fact that the party social media platforms that were created before the elections, were done, to gain support of the public for the party in Abia, as the party was highly maligned by propagandas from the oppositions in Abia.

He will not also deny that he begged for every hands to be on deck in helping him achieve a voice for the party in Abia. Turning around today to start referring to APC platforms as fake is laughable, one will also wonder, if issues bothering the State has finished for the publicity secretary of a great party as APC to be talking about a WhatsApp platform!

It’s not a hidden fact that I and few like minds have sacrificed and taken bullets for the party when it mattered most. Irrespective of what anybody or group will think, I am a brand ambassador of APC in Abia State and National.

My job as a loyal party member from Southeast is not limited to Abia, but, I also render support to other Southeast States. What I deserve is commendation and not condemnation from my friend, Ben Godson.

At this juncture, let me give a humble advise to our committed party members who truly worked hard for the success of our great party, the APC, both at the State level and National. Your immense contributions towards the party are not hidden from the national leadership. You will be rewarded accordingly.
You don’t need to induce anybody for you to be given board appointment. Mostly, our highly respected women should also be watchful against those hawks, who may want to use same story to exploit them financially or otherwise.

The party leadership at the National, frowns at that. The National Chairman of the party made it very clear in different outings, that, those who work for the party, will be duly rewarded. What played out in the 2015 appointments, where people, paid their way through to get appointments, will never repeat itself.