Home PUO SPORTS De Ligt drops Barcelona hint: It would be nice to play with... 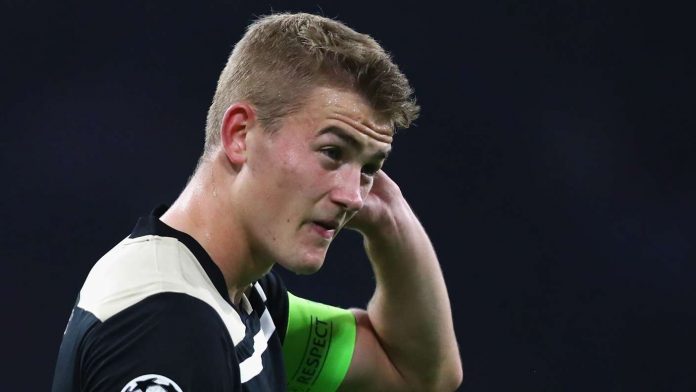 Strongly linked to the Liga giants, as well as Manchester United and Juventus, the Ajax captain has indicated he may join the Spanish Champions.

De Jong’s €75 million (£65m/$85m) switch to Barca for 2019-20 was confirmed earlier in the year, with De Ligt reportedly close to following his fellow Netherlands international to the Catalan club.

Both players thrived as Ajax thrilled the football world in their run to the Champions League semi-finals, where Erik ten Hag’s side were denied a place in the final in by Tottenham despite having led 3-0 on aggregate with 45 minutes to play.

Manchester City, Manchester United and Liverpool are also reportedly interested in the 19-year-old defender, but De Ligt has suggested his future could be at Camp Nou with De Jong.

“I think he had a great season. He deserves to sign for Barcelona,” De Ligt told Voetbal Primeur of De Jong.

“Play with him there? It would be good to play with Frenkie at a club, but in these moments I don’t know what will happen.”

Ajax have completed the signing of defender Lisandro Martinez from Defensa y Justicia, which could pave the way for De Ligt’s sale.

“Martinez is a left-footed player who can handle multiple positions at the back. He is a defender who wants to play football,” Overmars told Ajax’s website.

“He brings a certain mentality that we can use well here, comparable to what his countryman Nico Tagliafico shows here.

“And Lisandro is still young, so we expect him to continue in the coming years to be an even better player.”

Joshua Reclaims Heavyweight Titles As He Beats Ruiz To The Finish