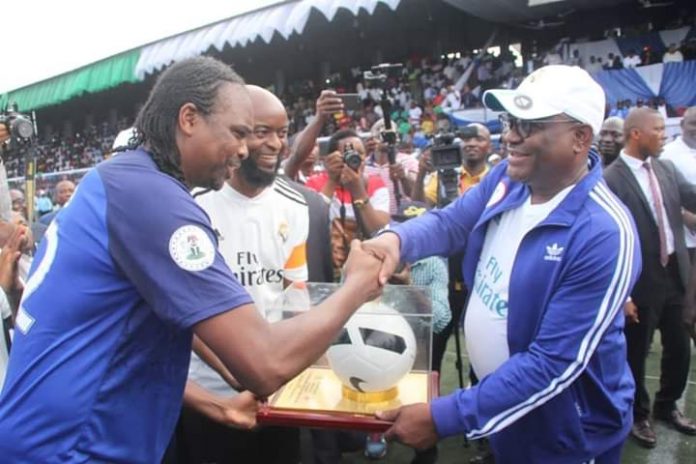 Team Rivers defeated Team World 2-1, in a match where Kanu Nwankwo, Victor Ezeji and Friday Ekpo found the back of the net.

Rivers State Governor, Nyesom Ezenwo Wike who took the kick off, was honoured with a special presentation by the Ex-International.

Former Green Eagles Winger, Adokiye Amiesimaka in a short speech praised Governor Wike for his outstanding contribution to the development of Sports in the country .

One of the major side attractions of the novelty Football match was the display by a young ball juggler. The ball juggler was hailed by the International Stars.