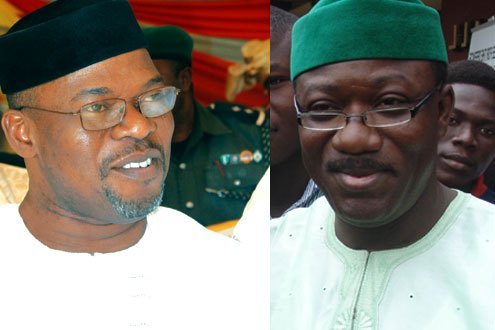 The Supreme Court on Friday upheld the election of Governor Kayode Fayemi of Ekiti State, as the apex court dismissed the appeal filed by the People’s Democratic Party (PDP) and its candidate in the last governorship election in Ekiti, Kolapo Olusola Eleka.

The Court of Appeal, had upheld the decision of the Justice Suleiman Belgore-led election tribunal that held that Fayemi was validly elected.

The PDP and its candidate approached the Supreme Court to upturn the victory, but met their waterloo.

In an unanimous decision, the five-member panel of the apex court affirmed Fayemi’s victory at the poll.

Justice John Okoro, who delivered the lead judgment stated that the appeal filed by the PDP and Eleka lacked merit and uphold the Appeal Court’s judgment which declared Fayemi duly elected.

“I have carefully considered the issues canvassed by all the parties to the appeal. I am satisfied to hold that there is no merit in this appeal.

“It has to be noted that the two courts below are concurrent in their findings. It is trite that this court is always very hesitant to interfere with concurrent findings of two lower courts unless their findings are shown to be manifestly erroneous.

“Only where the appellant has established that clear errors of law or facts which application leads to miscarriage of justice that this court can interfere to reverse the concurrent findings.

“As I have said earlier, there is no merit in this appeal, and is accordingly dismissed. I affirm the judgment of the lower court and I make no other as to cost,” Justice Okoro ruled.