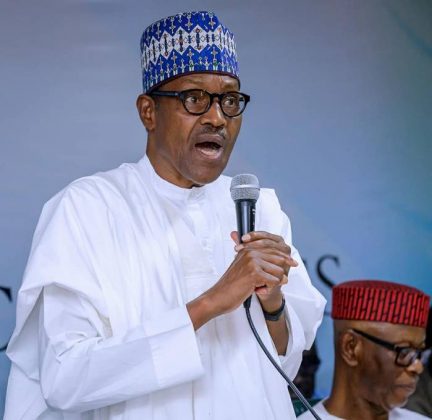 The Peoples Democratic Party (PDP) laments the escalated despondency, depression and misery in the country since the rigging of the 2019 Presidential election.

The party charges Nigerians to uphold and support one another in love, at this trying time, to check the rising social degeneration in our nation, particularly acts of suicide.

The PDP described as a national tragedy, the rising spate of suicides, slavery mission abroad, divorces, child abandonment and other social degeneration occasioned by the worsening economic hardship, poverty, hunger and rising insecurity under the incompetent, corrupt, divisive and manipulative All Progressives Congress (APC) administration.

The party laments that such social ills, which is a direct response to bad governance, occurs when citizens are overwhelmed by gloom, with no hope in sight, particularly after their majority vote for a new, purposeful and result-oriented President in the PDP candidate Atiku Abubakar, as expressed in the February 23 Presidential election, was subverted with brazen impunity.

In the last few months, the news media has been awash with horrible reports of teenage suicide in our country.

Banditry, insurgency, marauding, bloodletting and kidnapping with unmentionable ransoms, have almost become daily occurrences. Our citizenry is now battling with the worst kind of siege mentality.

Misery has set in. This is evident in the shrinking of our nation’s Gross Domestic Produce (GDP) to 2.1percent in the first quarter of 2019.

It is saddening that at the time Nigerians ought to be celebrating, they are rather forlorn, committing suicide and exiting the country in droves.

Most Nigerians have become downhearted in the face of an administration that wrecked our once robust economy and divided our people; in the face of worsening joblessness, piling bills, hunger and diseases; in the face of incompetence, lies, and unfulfilled promises of free homes, monthly allowance to unemployed youth and the poor, bringing the naira to the same value as the US Dollar, creating of 5 million new jobs, ending of insurgency in three months and myriad of other false promises.

Instead, what our nation has witnessed is an official entrenchment and elevation of incompetence, deceit, propaganda, failure and cabal mentality on the corridors of power; a situation where the only achievement is the foisting of economic recession and mortgaging of the future of our nation with the accumulation of N24.39 trillion debt, with no tangible project to show.

It is instructive to state that the President Muhammadu Buhari-led APC administration has obstinately refused to allow any scrutiny of its books, knowing that they are catalogues of corruption, treasury looting, violations, impunity and acts that have brought our nation to its knees.

The PDP however calls on Nigerians not to despair but stand firm in their collective determination to retrieve the stolen Presidential mandate at the tribunal, so they can have an administration that truly cares for them and which has the competence to return our nation on her deserved path of peace, national cohesion and economic prosperity.

Imo State PDP Crisis: ‘I left the opposition because of injustice’...