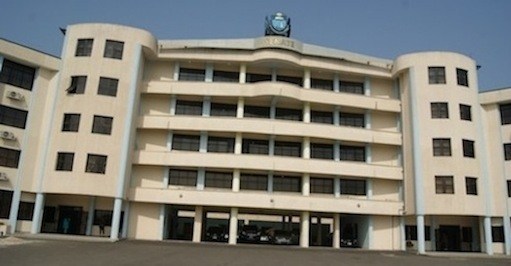 It was learnt that the CMD’s security details were returning home after they had dropped him off.

Confirming the incident, the spokesman of the Rivers Police Command, DSP Nnamdi Omoni, said: “The Police escorts were coming to the UPTH premises after dropping off Prof Henry Ugboma when they were waylaid and gunmen in military fatigue started raining bullets at his convoy with Ugboma’s official car as the prime target.

“In course of the gunfire, the Police Inspector was fatally wounded. He was rushed to the Accident and Emergency Unit of UPTH but could not survive. The body of the slain Police Inspector has been deposited in UPTH morgue for autopsy, while further investigations have been launched by the Command to unmasked the gunmen.”

In April 2018, the Chief Medical Director had raised an alarm that his life was under serious threat since he started mobilising support for President Muhammadu Buhari.

Professor Ugboma who spoke to journalists, said those after his life were politicians from Ogba/Egbema/Ndoni Local Government Area, where he comes from, whom he said are not happy over his support for the All Progressives Congress (APC)-led Federal Government in the LGA.

He said he received many telephone threats from politicians questioning the rationale behind his support for President Buhari and the APC.

He accused those he described as the masterminds of insecurity and killings in Ogba/Egbema/Ndoni Local Government Area,as those responsible for the threat to his life.

He said no matter what, he will not relent in mobilizing support for President Buhari in his local government area.

“Recently we mentioned the names of the sponsors of the killings and everybody knows them. The people are still around threatening. I heard they threatened they will kill me,” he said.

Ugboma also claimed during the chat with journalists that the Cashless Service System (CSS) introduced for patients by the management of the institution was energising misappropriation of funds.

He said that the system was closed immediately he discovered the “machine’’ was driving fraud in the university’s financial management system.

“I suspended the cashless system because when I came and did a review of the system, we discovered that the hospital is losing millions of Naira through it.

“But when we introduced direct payment we are now generating more funds.

“We will bring a new technology that will checkmate the system before we can restore it.

“I have ordered the immediate suspension of the CSS introduced nearly three years ago to enable us evaluate the critical aspects of the payment mode, and so members of the public will, for now, pay cash for service while service charges are also being reviewed downwards ahead of a comprehensive pocket friendly patient system that will be unveiled in a few months’ time,” he said.