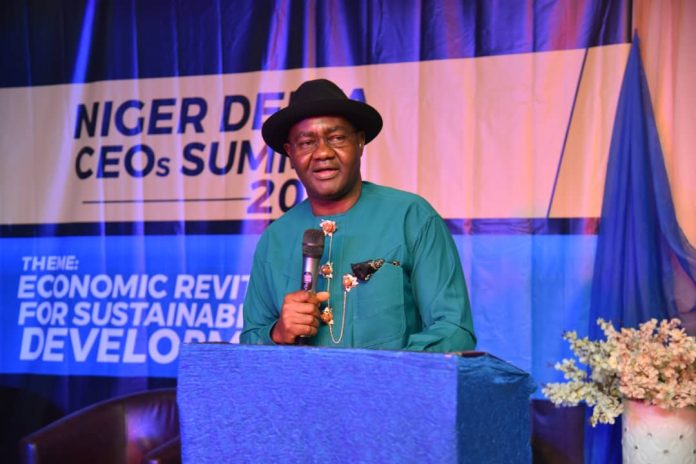 The attention of Senator Magnus Ngei Abe has been drawn to an online publication making the rounds that he nominated one Commissioner and two Special Advisers to Governor Nyesom Wike to “fill the list of the current cabinet that would be announced few days from now”.

A statement by Parry Saroh Benson, Senator Magnus Abe’s spokesperson, described the publication as the handiwork of detractors who have orchestrated a well-funded and vicious campaign of calumny against the senator in recent times.

The statement said in part, “the continued attempt to paint Senator Abe as being in a pact with Governor Wike is part of the childish pranks by those determined to destroy the senator physically and politically for his principled stand for internal democracy and due process in the APC family, a just struggle for justice and fairness that captured the imagination of Nigerians across all fault lines”.

It further stated, “Nobody needs to destroy Senator Abe or anyone else before they can achieve their dreams. Indeed, as the Senator himself has said ever so often, there is room enough in the sky for a thousand stars to shine.

“If this latest onslaught is about the ministerial nomination, the Senator has stated time without number that it is the prerogative of Mr. President to pick Nigerians who can help him run the country for the benefit of all.

It is diversionary and unnecessary to continue to smear the reputation of the Senator who has stated over and over again, that he is a committed member of the APC and will remain so.

The statement reiterated Senator Abe’s ceaseless calls for peace and harmony not only within Rivers APC but in Rivers State at large.

Let us give Peace in the APC a chance; no man can truncate the destiny of another. Let us also come together to ensure that there is peace in Rivers State. It is time to move on.

Therefore, we urge the general public to disregard this pack of lies as part of the sponsored campaign like all the others before it. This too shall pass.

People should feel free to pursue their legitimate dreams. Senator Abe is not a hindrance to anyone’s advancement and will never be”, the statement added.

Tell Nigerians what you did with oil money for 16 years...

Senator Adeleke’s Arrest, Detention By Police Is Recipe For Crisis