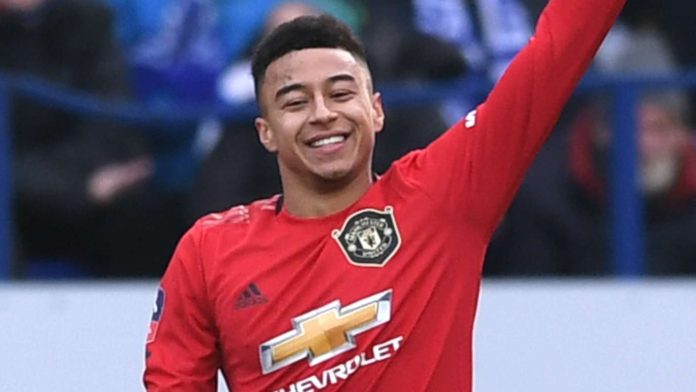 The Red Devils boss insists that a player who has faced his fair share of criticism at Old Trafford remains very much part of his plans.

Ole Gunnar Solskjaer continues to “value” Jesse Lingard and claims a player generating transfer talk at Manchester United remains very much “a part of the club”.

A long-serving star at Old Trafford is seeing a move elsewhere mooted ahead of the next window.

That is because he has started to tumble down the pecking order with the Red Devils.

The January arrival of Bruno Fernandes, Paul Pogba’s return to fitness and form and the emergence of Mason Greenwood have all worked against Lingard when it comes to seeing regular game time.

He may be a midfielder with 24 England caps to his name, and 205 appearances for United, but questions have been asked of his value on a regular basis down the years.

Lingard has been a divisive figure in the eyes of domestic and international supporters, with criticism seemingly never far away.

Solskjaer insists that he has never had any doubts when it comes to a home-grown talent on his books, with the door still open for minutes to be seen.

The United boss told reporters ahead of a possible outing for Lingard in an FA Cup semi-final clash with Chelsea on Sunday: “Jesse is a part of the club and he’s worked really hard.

“He deserves his chance to come back in and we know his qualities. We know that Jesse’s got different qualities to other players and he knows that we value him.”

Lingard has switched agents this season, with his decision to start working with Mino Raiola considered to be a nod towards a possible change of scenery.

He remains on United’s books for now, though, and will be in contention when Solskjaer names his side to face Chelsea at Wembley.

Lingard boasts an impressive record at the home of English football and the Red Devils may look to buy into that when taking aim at another piece of major silverware.

Solskjaer added: “This is a great chance to get to the final, we’re just one step away, it’s at Wembley, so we just focus on the FA Cup.

“And a trophy, of course, that’s massive for any player to win and any team to win, so that’s our main focus now – to get to the final. Then we will look at West Ham and look at Leicester after that.”

United are putting their Premier League top-four bid to one side for now, but Champions League qualification remains the ultimate goal for Solskjaer’s side – with trophy tilts in the FA Cup and Europa League providing a welcome distraction.