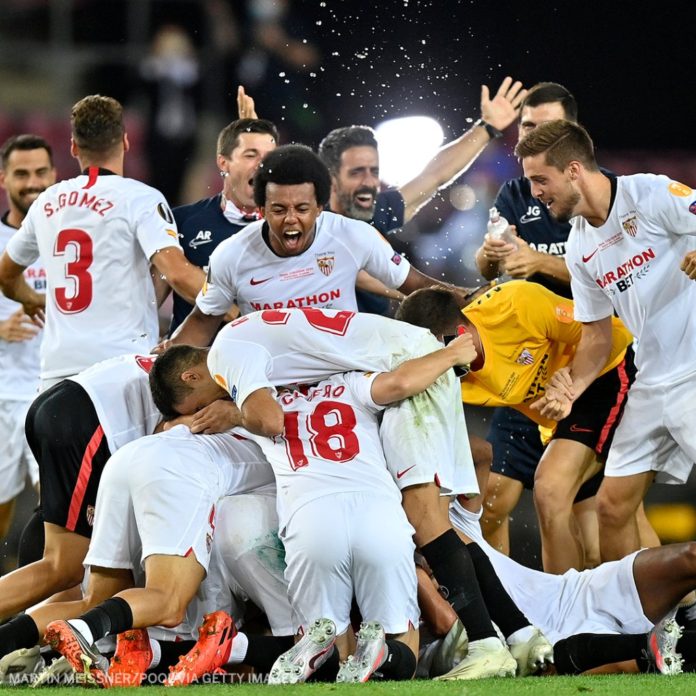 Diego Carlos put a torrid outing behind him to be an unlikely match winner as Sevilla claimed Europa League glory for the sixth time..

Sevilla secured a sixth Europa League triumph this century as Diego Carlos proved an unlikely hero in a thrilling 3-2 win over Inter in Cologne.

Romelu Lukaku gave Inter a fifth-minute lead from the penalty spot – Diego Carlos might have been sent off for bringing him down – but Sevilla’s semi-final hero Luuk de Jong overturned the deficit with a pair of fine first-half headers.

Diego Godin’s 35th-minute leveller had Inter swiftly back on terms and the Serie A side appeared to be in the ascendency during a more circumspect second half, until a stunning twist in the tale.