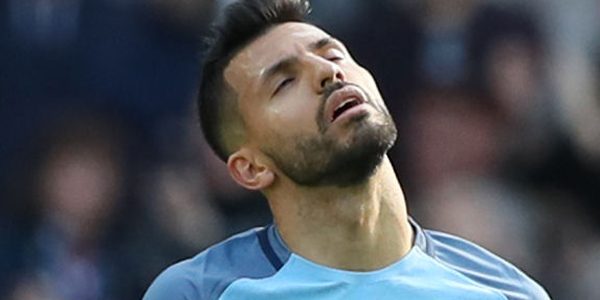 The former Blues defender believes Pep Guardiola should be adding more firepower to his ranks alongside the Argentine star and Gabriel Jesus.

Manchester City need to be adding another striker to their ranks because Sergio Aguero has a tendency to be “injured when they need him the most”, says Micah Richards.

The Blues can have few complaints at the goal return delivered by the Argentine forward during his time in England.

Aguero is City’s all-time leading scorer, finding the target on 254 occasions through 370 appearances.

He is, however, now 32 years of age and into the final 12 months of his contract at the Etihad Stadium.

An unfortunate knack of suffering untimely knocks has also been picked up, with Aguero sitting out 20 games in the 2019-20 campaign – including vital domestic and Champions League games on the back of ‘Project Restart’.

Pep Guardiola does have Gabriel Jesus to step in, but Richards believes another proven option should be snapped up by a side with the spending power to target the very best in the business.

The former Blues defender told Sky Sports: “I think Man City do need a striker just because of Aguero’s injury record over the past couple of seasons.

“He always seems to be injured when they need him the most, in the big games. Who can you get?

“They’ve got a similar situation to Liverpool where if they go into the market, who’s going to be happy to sit on the bench?

“If Aguero’s fit, then he starts. So, it’s difficult to bring in a striker.

“Jesus, yeah, he’s not the same level as Aguero but every time he plays, his goal record is quite good. It’s difficult.”

Richards is not the first former City star to offer striker recruitment advice to Guardiola, with club legend Shaun Goater having sent a similar message.

He told the Manchester Evening News in July: “I think with Sergio Aguero having one more season they need to be looking and to add to the squad.

“Whether that’s at some point next season, the early part of the season or the window at New Year. I think that’s an area City will have to strengthen.

“Having three strikers is great, but we know Sergio Aguero only has one more season. So whether they decide to continue with just Jesus and Aguero and look to bring in a striker around New Year knowing his time is the following season – I think they do need to find a striker.”

City have been urged to join the race for Inter forward Lautaro Martinez, who has been heavily linked with Barcelona, while the Blues were also considered to be leading the race for Lionel Messi before the Argentine’s U-turn on leaving Camp Nou.