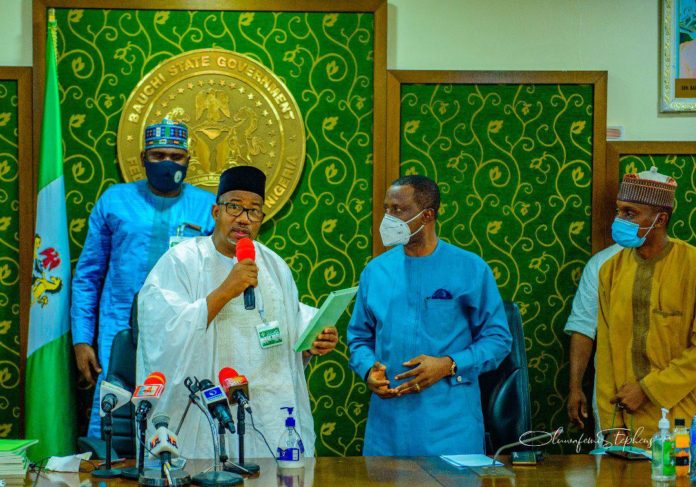 _Describes the Hon. Minister as a Leader with a Difference,who Has Stood Out in Buhari’s Cabinet_

Minister of State, Ministry of Mines and Steel Development,Dr. Uchechukwu Sampson Ogah has been commended for the many laudable initiatives that he has brought to revitalize the mining sector in order to reposition the sector as the next available revenue earner for the country after oil.

Bauchi State Governor,Bala Mohammed,who made the above remark on Friday in his State,also praised President Muhammadu Buhari for selecting the Hon. Minister to man the Ministry of Mines and Steel Development, while describing Dr.Ogah
as ” one of the few in Mr. President’ s cabinet that has stood out.”

In the Governor’ s words:

“Dr. Uche Ogah, my brother and friend, accept my immense sense of solidarity. Mr President should be praised for selecting someone like you to man the Ministry of Mines and Steel Development. Some of us in the Forum of Governors have recognised your passion and drive to move the Mining and Steel sector to a greater height. We, Governors compare notes and take records.

“Hon. Minister, Sir, just like you did in the private sector within the shortest possible time, you have made a mark in your Ministry, and I am talking from a personal experience, having worked in that Ministry before.

” You are one of the few in Mr President’s cabinet that has stood out. I must tell you that it is well documented.

“By your pedigree and passion towards formalising the Mineral Sector policy, I so much believe that a working synergy between the FG and the State Governments in the Mining and Steel sector is achievable.

“More importantly, you surprised me by going all the way to Rishi, a hinterland community in Bauchi State, to interact with miners. That, to me, is peculiarly strange.
From records, no Minister of the Federal Republic of Nigeria has done that in recent memory.

” It shows a leader who is in touch with his sector, and that is how it is supposed to be. You are a leader with a difference. This singular visit of yours to the hinterland has further endeared you and I to my people. We are excited.

“Let Mr President know… in fact, I will also brief him, that, this your visit is already having a huge positive effect and, because of it, the Bauchi State Government is reiterating its readiness to collaborate with the Federal Government of Nigeria to advance the Mining and Steel sector in the country”,the Governor ended.

Speaking during the visit,the Minister had informed Governor Bala Mohammed that he was in the State to meet with various mining stakeholders to acqauint them with opportunities provided by the Buhari Administration to shore up revenue from the mining sector in order to boost the nation’s non-oil earnings, especially,in the face of the slump in oil revenues,which was occasioned by the COVID 19 pandemic.

Meanwhile,earlier on Thursday,while meeting with mining
stakeholders in Bauchi State,Dr. Ogah observed the need for peaceful co- existence between mining operators and their host communities,saying that no meaningful achievement can be made in the absence of peace. He commended the Bauchi State Chairman, Mineral Resources and Environmental Management Committee ( MIREMCO),Alh. Belloji Galoji, who had earlier ,among other demands,requested for an official driver to help to ease movement logistics, for the good work he is doing in Bauchi State and charged him to co- ordinate the renewal of expired Community Development Agreements between mining operators and host communities and to also address the attendant environmental issues arising from mining activities in the State.

Also speaking during the interactive session,Chairman, Miners Association of Nigeria, Bauchi State Chapter, Alh.Musa Pali ,who welcomed the Minister on behalf of all miners in the State, informed Dr.Ogah that the Bauchi State Governor and his Commissioner in charge of the sector were miners-friendly.

He requested the Minister to support the association in the bid of its members to realise a proposal for the establishment of a Mineral Buying Centre at the Zaranda part of the State and to improve mineral production in the State through the setting-up of an equipment support programme,while,also, soliciting the review of mining loan conditions by the Bank of Industry ( BOI).

Responding,Dr.Ogah again commended members of the Miners Association in Bauchi State for their different activities aimed at galvanising the inputs of various stakeholders in the State to make for collective progress.He charged them to ensure prompt and correct settlement of royalties based on accurate declaration of their mine outputs. He noted that the revenue derivable from mining is expected to help Government in addressing critical issues of infrastructure deficit, environmental remediation and the provision of support to improve local production.

The Minister assured them of the Ministry ‘s support in the area of issuing the necessary permits for their proposed Mineral-Buying Centre at Zaranda. He informed the miners that the Ministry is ready to support their operations with the necessary equipment, but wishes to ensure orderliness by requesting that the miners group themselves into Cooperative Societies that will make for easy administration. He explained that the loan conditions were made stringent by the Bank of Industry owing to the generally held negative perception of Nigerians about government loans.Dr. Ogah also noted that the Ministry has intervened in the conditions for obtaining such loans and that genuine miners were now accessing the loan facility.

Among those present at the stakeholders’ parley were members of Women in Mining. Nafisatu Yusuf Baba,Chair of the group,and Kabiru Santuraki,their Zonal Coordinator,who spoke on their behalf ,also, informed the Honourable Minister that they were registered as Artisinal Small Scale Mining operators and desired to be allocated a cadastral unit in each Local Government Area of the State to carry out a seamless operation. While also assuring them of support,the Minister directed the ASM Officer in Bauchi State to secure a small- scale mining lease for the group where their members operate in the State. 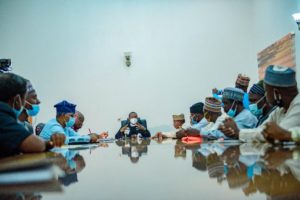 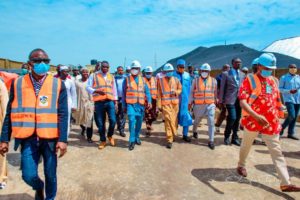