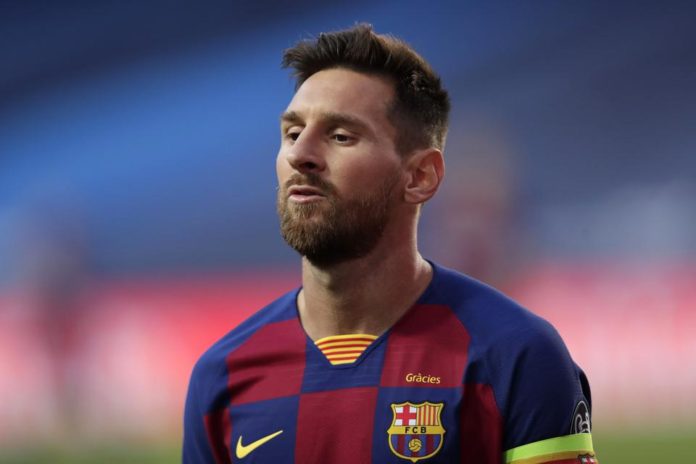 The Argentina star has been named in the new coach’s first squad, while Miralem Pjanic made his first appearance in training.

Lionel Messi is in the Barcelona squad for Saturday’s friendly with Gimnastic, but Luis Suarez and Arturo Vidal will not be involved.

Captain Messi is in line to appear in Ronald Koeman’s first match in charge despite having tried to engineer a move away from Barca in the past month.

The Argentina star decided to stay at Camp Nou for the final season of his deal rather than threaten Barca with a lawsuit, having tried unsuccessfully to argue that the clause allowing him to terminate his contract was still valid.

Messi felt he was able to make use of that clause because the 2019-20 season was extended by the coronavirus pandemic, but Barca and La Liga insisted the timeframe in which he would have had to activate it had elapsed.

While Messi is now committed to the club for at least another year, the futures of Vidal and Suarez are far less certain.

Suarez is reported to have been told by Koeman on the phone that he can leave, although AS claim the new Barca coach also made it clear that selling the striker was not his decision.

The Uruguay international has been heavily linked with Juventus, who have allowed Gonzalo Higuain to leave ahead of an expected move to Inter Miami.

Vidal, meanwhile, has been tipped to join Inter to reunite with former Juve boss Antonio Conte.

Barca face Gimnastic at Estadi Johan Cruyff on Saturday in the first of their pre-season fixtures, before playing Girona next Wednesday.

Philippe Coutinho is in the squad, having returned from a loan spell with Bayern Munich, while Francisco Trincao and Pedri could make their first appearances for the club.

Although not selected in the 25-man squad, new signing Miralem Pjanic trained with the Blaugrana for the first time on Saturday.

The midfielder, who joined from Juventus in a deal that could cost up to €65 million (£59m/$73m), tested positive for Covid-19 last month and did not arrive in Barcelona until Thursday.

Barcelona posted photos of Pjanic and Jean-Clair Todibo, who has also been kept away from the team after a positive coronavirus test, being put through their paces.

Alongside the images, the club wrote: “[Pjanic] and [Todibo] have received the medical green light after recovering from Covid-19, and have already trained at the Ciutat Esportiva.”

Barca are due to begin their Liga season against Villarreal in 15 days’ time.

This has not been my best Copa America – Messi confess