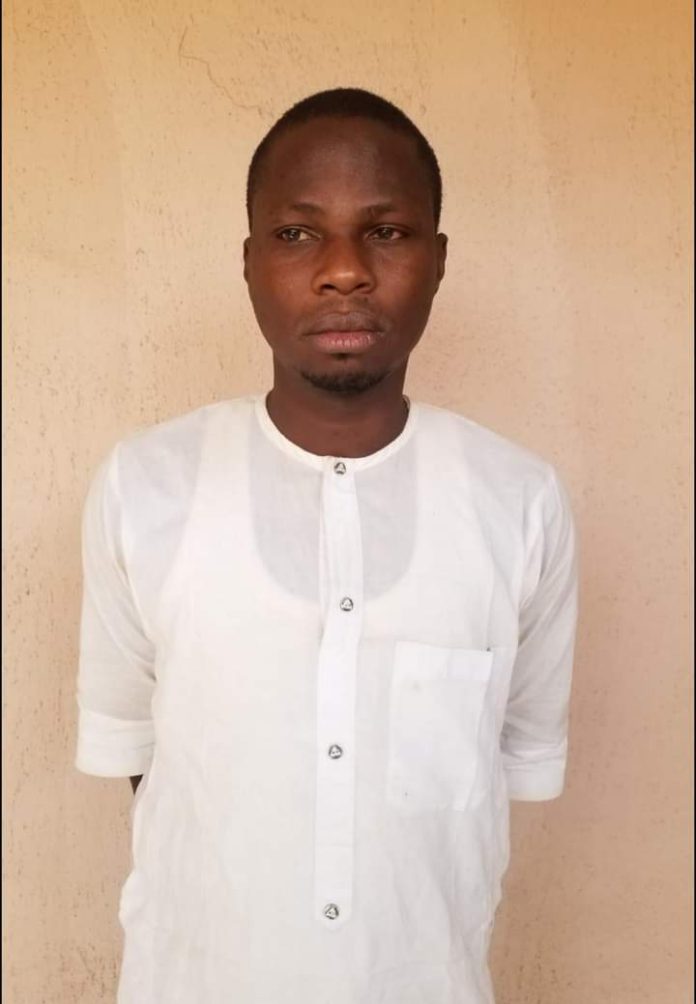 He was prosecuted by the Sokoto zonal office of the Economic and Financial Crimes Commission (EFCC) on one-count amended charge of cheating to the tune of N225,000.00 (Two Hundred and Twenty Five Thousand Naira).

The charge read, “That you Bello Matsala Umar, sometime in June, 2019 at Sokoto within the judicial division of the High Court of Justice of Sokoto, dishonestly induced one Abdulrahman Abdullahi to pay the total sum of N450, 000.00 (Four Hundred and Fifty Thousand Naira) out of which you were given N225,000.00 (Two Hundred and Twenty Five Thousand Naira) as your share, by deceiving him that a small portion of a vacant land situated at Kalambaina Motor Park, attached to Sokoto Central market is available for sale and thereby committed an offence of cheating contrary to Section 310 of the Sokoto State Penal Code Law 2019 and punishable under Section 311 of the same Law.”

He pleaded guilty to the charge, following which prosecution counsel, Habila Jonathan asked the court to convict and sentence him accordingly.

Defence counsel, Ibrahim Hussaini, however, pleaded with the court to temper justice with mercy, stating that his client has fully restituted the victim the money he fraudulently collected from him.

The convict’ s journey to prison, began sometime in June 2019 when he fraudulently collected the sum of N450, 000.00 from the petitioner, under the guise of selling a non-existent plot of land, situated at Kalambaina Motor Park attached to Sokoto Central market to him. All efforts to trace the plot of land proved abortive, prompting the buyer to lodge a complaint with the Commission.