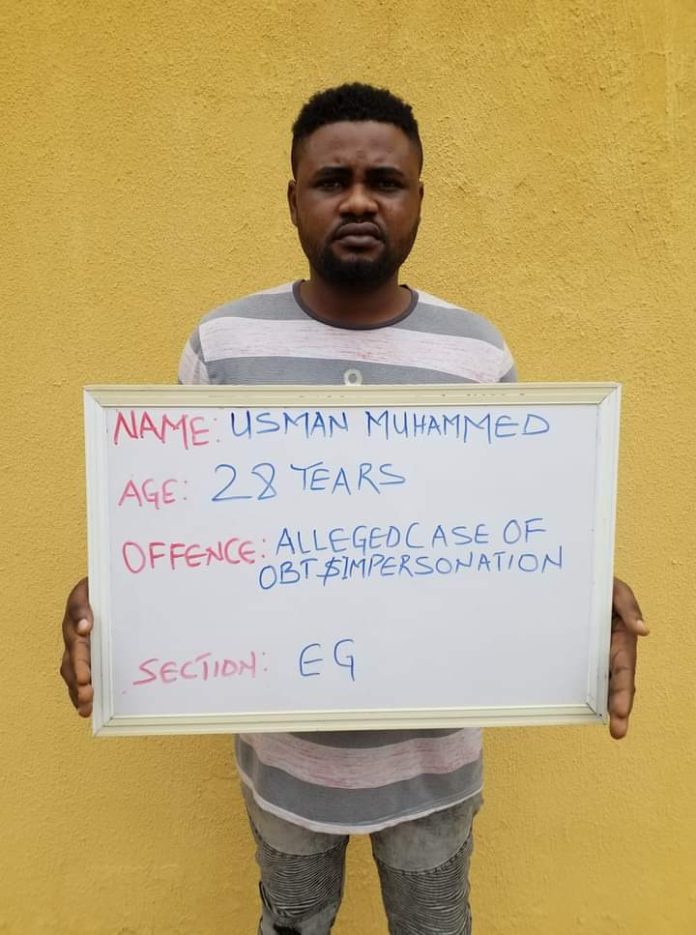 The convict was prosecuted by the Ilorin zonal office of the Economic and Financial Crimes Commission (EFCC) on one-count charge of impersonation.

The charge read, “That you, Usman Muhammed (a.k.a Adepeju Omolara and Guns Omolara Valle), sometime in February, 2020 or thereabout at Ilorin, Kwara State, within the jurisdiction of his honourable court, attempted to commit an offence of cheating by impersonation by pretending and representing yourself to be a woman called Omolara Adepeju and Guns Omolara Valle, to unsuspected men on social media as it contained in both your Facebook and WhatsApp conversations on your phone and thereby committed an offence contrary to and punishable under Section 95 of the Penal Code Laws of Northern Nigeria.”

He pleaded guilty to the charge, upon which Adenike Ayoku, an operative of the EFCC reviewed the facts of the case, stating that the convict, who was arrested in his residence in Abeokuta, Ogun State is an internet fraudster, who pretended to be female and used female nude photographs to fraudulently obtain money from unsuspecting internet users as evidenced in his Facebook and WhatsApp accounts.

Justice Oyinloye, who noted that the prosecution proved its case beyond reasonable, and that the prosecution’s evidence was neither challenged nor contradicted by the defendant, ordered the convict to pay a fine of N50,000 (Fifty Thousand Naira only ) within 24 hours, or be committed to six months imprisonment.

The convict also forfeited his two phones which were the tools of his crime to the Federal Government.