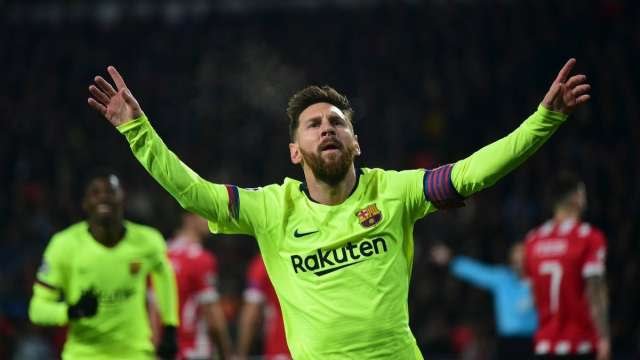 The Argentine has reaffirmed his commitment to the Catalan giants but concedes they face an uphill battle on and off the pitch.

The Argentine has reaffirmed his commitment to the Catalan giants but concedes they face an uphill battle on and off the pitch.

The Argentine has however spent his entire career with the Catalan giants and has stressed just how much the club and city mean to him despite his recent push to leave.

“I’m sorry about everything. I always said it. Barcelona is my life. I’ve been here since I was 13 years old, I’ve been living in Barcelona for longer than in Argentina and I learned everything here. The club trained me as a player,” Messi told La Sexta.

“Well, the truth is that today I’m fine, it’s true that I had a very bad time over the summer because of how the season ended. Then came what happened in summer, the burofax and all that. The truth is that I dragged it a bit during the beginning, but today I feel fine and want to fight seriously for everything we have ahead – I’m excited.

“I know that the club is going through a very difficult time at club level and everything that surrounds Barcelona is difficult but I am looking forward to it.”

Currently on an extended break from club duties, Messi insisted he’s willing to discuss all matters with Barcelona when it comes to his next step, but made it clear he wasn’t happy with how former president Josep Maria Bartomeu handled his situation in the summer.

“We had fixed it at the time when we talked about the pandemic … I am not talking about these things in public, I prefer to do it in private,” Messi said. “I am a man of my word. We are going to talk about anything.”

“Then all that trouble was put together. The president at that time did not want me to leave and began to filter things to make me look bad and to be the bad guy in the movie and everything that happened happened, but I am still calm that what I did was what I felt and what I should have done at that time.”