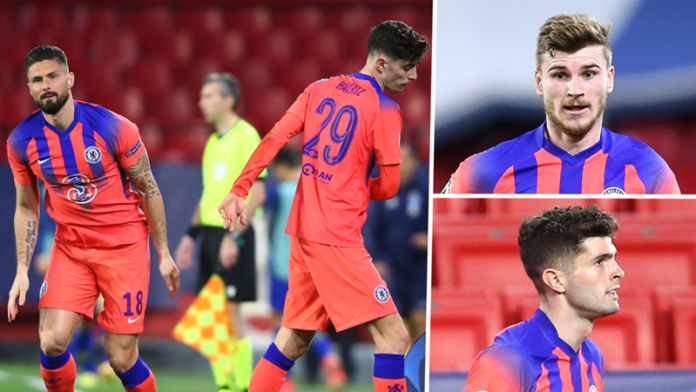 Christian Pulisic was praised by his manager after coming on in the Champions League clash, but those who went off didn’t fare quite so well.

Mason Mount and Ben Chilwell provided two away goals in the first leg on neutral soil at Sevilla’s Ramon Sanchez-Pizjuan.

However, the scoreline doesn’t tell the story of the match where the Blues struggled for large sections against the Portuguese champions. It was partly because they struggled to create chances, aside from Mount’s moment of magic, until both their German attackers were substituted in the 65th minute.

‘There Is No Time’ – No Rush Over Lacazette’s Arsenal Contract...