Home PUO SPORTS Muller: If it ends 6-3 to us nobody can complain 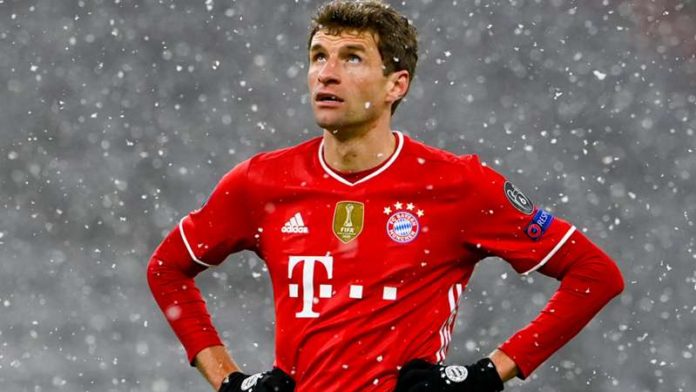 The Bavarians conceded three times, but their porous defence would have been less of an issue if they had been ruthless at the other end.

Thomas Muller has called into question Bayern Munich’s attack as he set out to explain why the squad fell 3-2 to Paris Saint-Germain in the first leg of the Champions League quarter-finals on Wednesday.

The renowned playmaker said that while PSG’s front line was essentially unstoppable, he expected the Bavarians to do better in a back-and-forth affair and show clinical finishing, despite the absences of Robert Lewandowski and Serge Gnabry.

Hansi Flick’s side fell behind 2-0 before Muller and Eric Maxim Choupo-Moting equalised. Kylian Mbappe’s 68th-minute strike broke the deadlock, however, and gave PSG the advantage heading into the second leg.