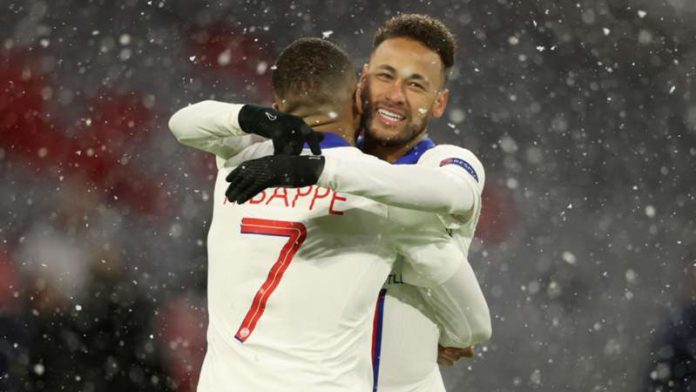 The Brazil international has credited his French team-mate for helping him in his adaption to life in Paris.

Neymar has spoken in glowing terms of his Paris Saint-Germain attacking partner Kylian Mbappe, adding weight to rumours he could soon sign a new deal at the club.

The Brazil superstar joined PSG in the summer of 2017, but his future has been the subject of speculation for much of his time in Paris.

Despite rumours swirling this season over a possible return to Barcelona, Neymar has seemed settled in the French capital and has spoken positively about the influence of team-mate Mbappe on his own happiness.