Home PUO SPORTS Musa: Why I returned to NPFL 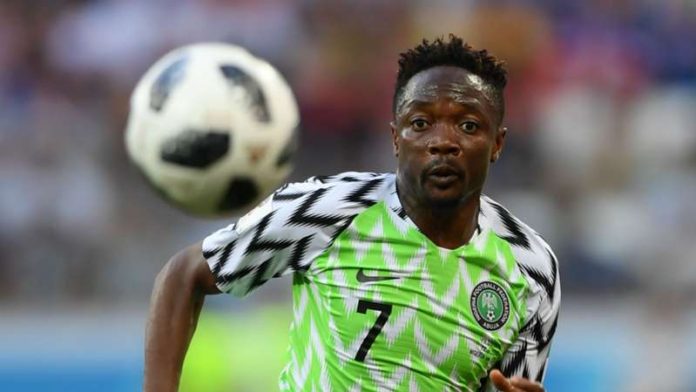 The Super Eagles captain has revealed the reason behind his shock return to the Nigerian top-flight.

Ahmed Musa has revealed he returned to the Nigeria Professional Football League in order to help improve the image of the country’s football globally.

The 28-year-old teamed up with his former club Kano Pillars on Tuesday after reaching an agreement with the side, which includes a clause that allows him to leave when he finds a club in Europe.

The Super Eagles captain has been without a club since leaving Saudi Arabian side Al Nassr in October and in January he was close to joining Premier League club West Bromwich Albion but a deal failed to materialize.

The forward then made a surprise return to the NPFL side, where he had starred between 2009 and 2012, before leaving for Europe and has revealed his reason for the move.

“Anything that improves the image of Nigerian football is something that I strive to embark on and Kano Pillars holds a special place in my heart,” Musa told BBC Sport Africa.

“It’s the team that helped me become the professional footballer I am today, so this is more than just football but a very strong bond.”

After leaving Nigeria in 2012, Musa teamed up with Russian side CSKA Moscow and went on to play for Leicester City.

Former Nigerian lawmaker, Senator Shehu Sani, has praised the decision of the fleet-footed forward and believes it would help improve the domestic league.

“Ahmed Musa’s return to Kano Pillars is one of the best strategies to improve and attract interest in our local football teams and National league,” Sani tweeted.

“After global come local. It’s better than hanging and idling in Europe. There will always be a place for you at home.”

The attacker recently helped the Super Eagles qualify for the 2022 Africa Cup of Nations, scheduled for Cameroon.

Musa is Nigeria’s third most capped player with 96 appearances for the West African side, behind Vincent Enyeama [101] and Joseph Yobo [100].