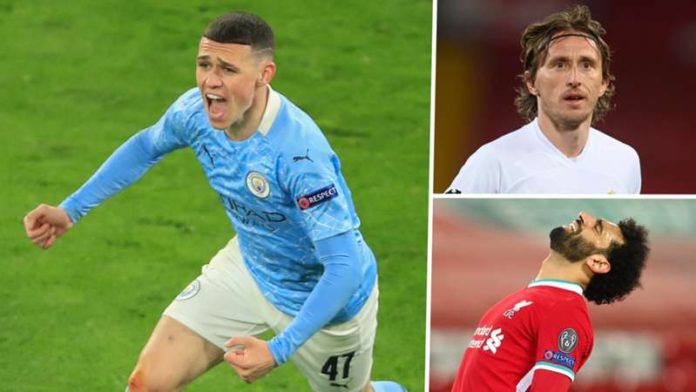 Madrid will meet Chelsea in the semi-final, with the first leg taking place two weeks from now. Their attention turns back to the LaLiga title race now and their match against Getafe at the weekend. Liverpool’s Champions League run is over and next up for them is Leeds United in the Premier League on Monday.

It finishes goalless on the night, with Real Madrid through to the semi-final after beating Liverpool 3-1 on aggregate. Liverpool had some great chances to get themselves back into the tie, with Salah denied by Courtois in the second minute. Milner and Firmino also saw efforts well saved by the keeper. The damage was done in the first leg and Madrid were defensively solid throughout today to see out the tie.

Next up for City is an FA Cup semi-final against Chelsea, who are also into the last four of this competition, while Guardiola’s team also have the EFL Cup final against Tottenham on the horizon. Dortmund take on Werder Bremen at the weekend, and their hopes of qualifying for the Champions League through the Bundesliga are looking slightly slim.

So, it’s City who progress and finally end their semi-final wait under Guardiola. Bellingham’s 15th-minute strike put Dortmund ahead, but City hit back through Mahrez’s penalty and Foden’s wonderful strike to set up a clash with Paris Saint-Germain.