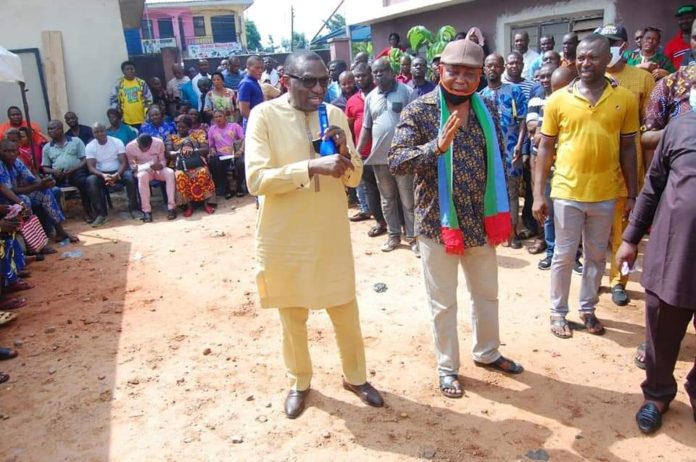 Sen. Andy Uba Has Not Performed Any Secret Marriage Anywhere

Our attention has been drawn to a recent “news” item on an obscure online news portal, TheCapital.ng, but made viral on Opera News, purporting that the Distinguished Senator Andy Uba, frontline candidate for the forthcoming Anambra State governorship election, made Hon. Nnenna Ukeje, former House of Reps member, his wife.

According to the fake news report, the Senator solemnised the marriage at a low key ceremony where only closed family members were invited.

There is no truth, whatsoever, in the story.
Ordinarily, Andy Uba Campaign Council, AUCC, would have ignored the report which is obviously false news, falling into similar mould of smear campaigns hurled at the Distinguished Senator by his political opponent over the years.

But given that this period in Anambra State and the country at large is quite critical, such maliciously, disingenuously false narrative should be responded to, and perhaps, make a few examples of peddlers of the falsehood where necessary.

Senator Andy Uba is not only known for his political maturity. He is also known as a man that deeply respects traditions such as those of the marriage institution. 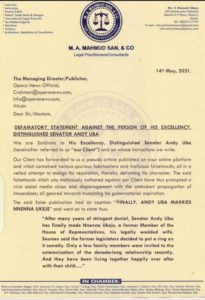 As often as the Senator has spoken about the hallowed traditional institution, he has always maintained that marriage isn’t what you conduct surreptitiously or clandestinely.
Therefore, it beggers belief as to why some small, idle minds will cuncoct such wild narrative of a secrete marriage that never happened anywhere.

How do you even keep such a ceremony so secrete from the knowledge of Anambrarians, in the first place, only to reveal it at this time, when it so obvious that Senator Andy Uba is the candidate to beat ahead of his party primaries for the governorship ticket?

Wouldn’t discerning public plausibly dismiss it as gimmick of his political opponents as it truly is?
The motive and despiration of instigators of the “news” became apparent towards the end of the news article where a poser was made viz:
“…if by chance Andy wins the election, who becomes his First Lady? Would it be Gloria Obiageli, his first wife? Or the Abuja based Pastor Faith Vedelago that allegedly delivered a baby for him around 2008? Perhaps he is likely to consider Nnenna who understands the political terrain like the back of her palm and has the visage, vivacity and vibrancy of a First Lady.”

Without knowing it, the authors of this piece have inadvertently admitted the strong possibility of Senator Uba winning the governorship election, proper, thereby raising imaginary squabbles over who becomes his first lady.

If history is anything to go buy, the Distinguished Senator has once campaigned, contested and won a governorship election in Anambra, fair and square. It is this pedegree that scare his opponents into inventing fallacious news reports on his person. 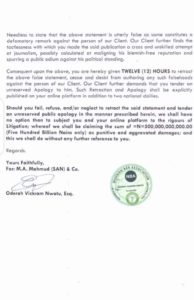 The Andy Uba Campaign Council decided to categorize this latest effort as pure blackmail, and a cheap one at that. What the enemies of Sen Andy Uba have tried to do is to use a new lie as a tie back to an old lie. It’s a standard disinformation technique meant to discredit, disfigure the clout of a political heavyweight like Senator Uba And It will not succeed.

For the avoidance of doubt, Andy Uba Campaign Council is not going to take this latest afront on the person of the Distinguished Senator lightly except the authors of this latest piece of gutter slur on Senator Andy Uba and the media through which it was disemminated disclaims, apologises and takes down the offensive post in the next 12 hours, if not then the council, with full endorsement from the Senator, himself, will have no option but to pursue a legal option for redress.

N29Billion Fraud Trail: You Have Case to Answer, Court Tells Ex-Gov Nyako, Others

Attack By A Faction of Rivers APC Members: Sen. Ake Reacts, Says Its A Show Of Shame