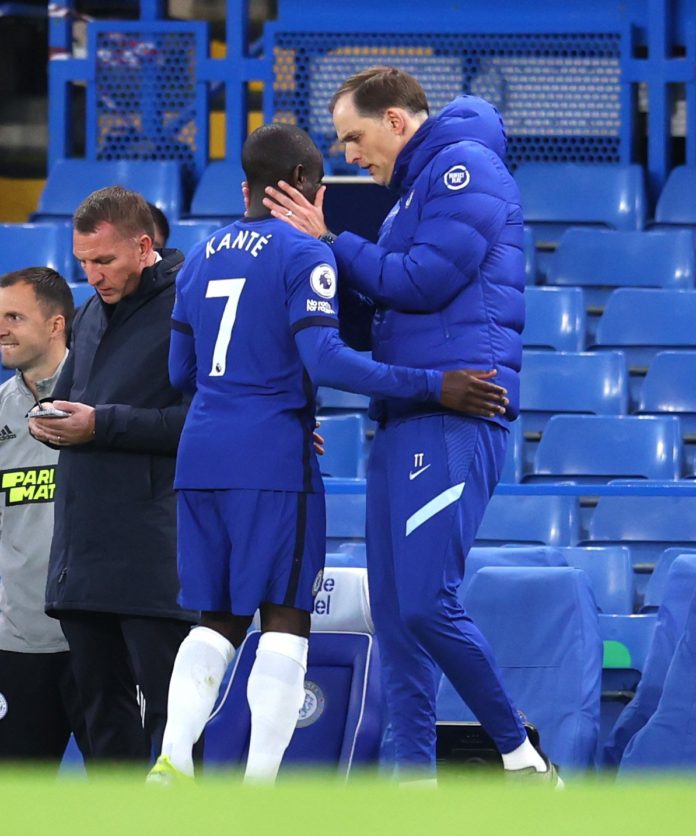 The top-four race will go right down to the wire, then, as Chelsea visit Aston Villa and Leicester host Tottenham on the final day of the season.

Leicester especially will be hoping that Burnley do them a favour. If not, then Liverpool may end up having the last laugh.

That’s all for now. Goodbye!
Chelsea’s victory lifts them to third in the Premier League, just one point above Leicester in fourth.

This result confirms that Manchester United will finish second. If Liverpool win away to Burnley this week they’ll go ahead of Leicester on goal difference.

Leicester were second-best here and Rodgers needs to calm his side quickly if they don’t want to throw away a Champions League spot two years in a row.

Chelsea get revenge over Leicester City by condemning them to a nervy final day! Chelsea were deserved winners after controlling most of the game.

Leicester led a charmed life until the second half when Rudiger broke the deadlock from a corner and Jorginho sealed the win from the penalty spot.

Iheanacho came off the bench to pull a goal back for Leicester, but by then the damage was already done.