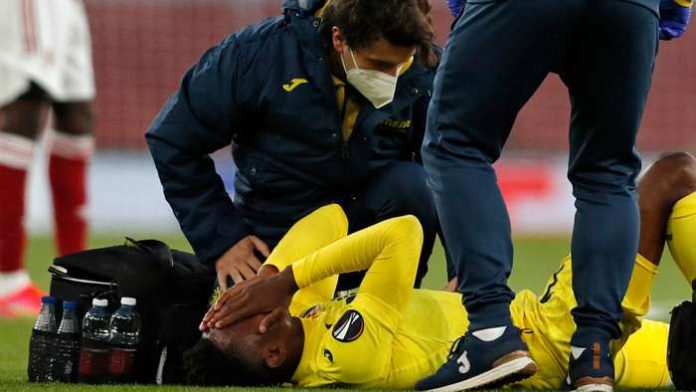 The Super Eagles went under the knife to fix the injury he picked up during an Europa League match against Arsenal earlier this month.

Villarreal have confirmed Samuel Chukwueze had successful surgery on the quadriceps of his left leg.

Chukwueze first picked up the muscle injury during the Yellow Submarines’ Uefa Europa League semi-final clash against Arsenal on May 6.

He was stretchered off in pain during the game and he tried to recover in time for the Europa League final against Manchester United last Wednesday but he failed a late fitness test and the pain reocurred.

The shocking stats as Arsenal crash at Leicester