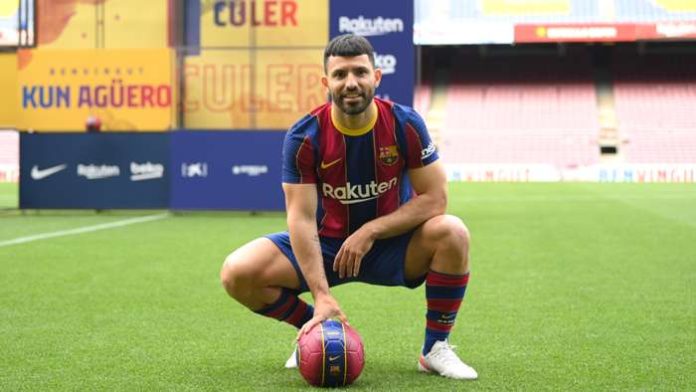 The Argentine striker hopes to play alongside Lionel Messi at Camp Nou after signing a two-year deal with the club.

Sergio Aguero says he has wanted to join Barcelona since he was a child and did not hesitate to accept their offer.

The Argentina international had been linked with a move to Camp Nou for months before signing a contract with the club on Monday after leaving Manchester City.

The striker says it has been his dream since the age of 14 to join Barca and is delighted to make the return to Spain.

Europa League:Win trophy or be sacked – Arteta gets warning