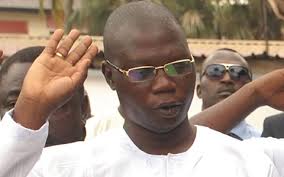 Iba Gani Adams, the Aare Ona Kakanfo of Yorubaland has urged Nigerians to remain steadfast in their resistance to the ban on Twitter operations by the President Muhammadu Buhari administration.

Adding his voice to the global condemnation of the ban, the traditional leader charged citizens to resist the attempt to censor social media before they are caged.

The federal government punished the Jack Dorsey-led microblogging service for deleting Buhari’s post about the South-East. Many users reported the tweet as offensive and against Twitter regulations.

On Saturday, at the annual June 12 commemoration organized by the Oodua Peoples Congress (OPC) in Ikeja, Lagos, Adams wondered why the authorities are suppressing liberty of speech, media freedom, and access to information.

“The ban on Twitter, as far as I am concerned, is another ploy to tamper with the citizens’ rights to freedom of speech. If the federal government succeeded in suspending Twitter, it would easily do the same for other social media platforms.

”The government said all social media platforms must be registered to continue operating. We must follow the trend and rise against skewed regulations. We must stop this excessive use of federal might to truncate the ideals of democracy.

“Nigeria cannot continue to live in self-denial. In an ideal democracy, freedom of speech is a major component. If democracy could not guarantee this, what system of government would?”, Adams quipped

How I was made Governor of Benue state by Pastor Adeboye...