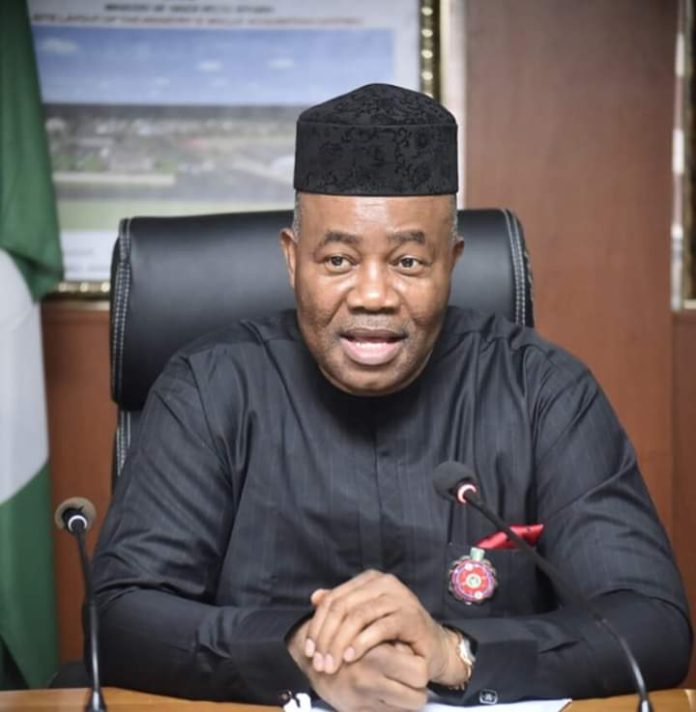 The Minister of Niger Delta Affairs, Godswill Akpabio, on Tuesday, said that the final report of forensic audit of Niger Delta Development Commission (NDDC) will be ready by the end of July, 2021.

Akpabio, who fielded questions from State House correspondents at the Presidential Villa, Abuja, revealed that the final report would be submitted to President Muhammadu Buhari for implementation.

The Federal Executive Council (FEC) had last year approved the appointment of a lead consultant for the forensic audit of the NDDC.

Akpabio said that action had been expedited on the process of constitution of the board of NDDC.

He said, “We have fast tracked the process of constituting the board; but we insist that the most important thing is not just the development of the Niger Delta region but how to reposition NDDC to ensure optimal performance as against the practice in the past.

“So, the forensic audit of NDDC is on course and it is progressing very well and I am happy with the progress made so far.

“And I am very certain that by the end of July, which is just a month and a few weeks away from that, the final result will be given to the president for implementation.

“And in terms of the composition of the board of the NDDC, of course, we have fast tracked the process and the National Assembly will soon get the list.

“But that is not as important as the forensic audit, which we are finally given a deadline which is July, that it will end.’’

The minister said that he was hopeful that the new board would use the recommendations of forensic audit to work and reposition the commission.

Akpabio regretted that, in the past, the headquarters of the commission was not connected to the national grid for 10 years to 15 years.

He said, “And we have noticed the fact that even the headquarters building that was started over 20 years to 24 years ago, nobody was interested.

“I think they were pursuing projects that were probably beneficial to either the staff or the management and not necessarily things that benefited the region.’’