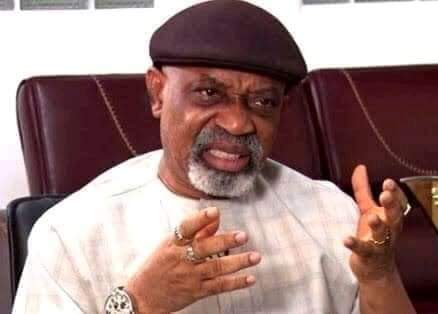 Anambra APC Youth Vanguard has called on the National Interim Management Committee of the APC led by Alhaji Mai Mala Buni to call Senator Chris Ngige to order over his alleged activities against suitable candidate for the forthcoming governorship election in Anambra State.

The youth group noted that Ngige was causing more harm to the party which is likely to block the chance of winning the November 6, Anambra governorship election.

A statement issued by Engr.Okwudili Ohabuenyi (Chairman) and Stanley Okeke (Secretary) said, “The attention of our Support Group has been drawn to the unfortunate attacks, vetuparations against the APC electoral Committee for the Anambra Gubernatorial Primaries led by His Excellency Chief Dapo Abiodun, Executive Governor of Ogun State in the cause of discharging their duty to the Party and our people by some disgruntled elements.

“We are pained by the uncomplimentary and divisive comments that are aimed at disorganizing the Party, depleting its support base and cursing disaffection among members at this crucial time of preparing for the coming Anambra November 6th governorship election.

“We are flabbergasted to observe that this shenanigans and outburst against the APC, it’s Electoral Committee and the gubernatorial Candidate for the Anambra election is shamefully led by no other than Senator Chris Ngige.

“We find it irreconcilable that Dr. Ngige, who has benefited and enjoyed unparalleled patronage and magnanimity from the APC is hell bent on bringing the party to its lowest ebb because of his self interest gratification and personal aggrandizement.

“His call for the cancellation and postponement of election that was conducted by the ably Electoral Committee led by his Excellency Chief Dapo Abiodun that produced a winner in the person of Sen. Dr. Andy Uba after following laid down electoral rules of our great Party amount to an utterance in bad faith and Anti-Party activities.

“We call on the National Interim Management Committee of the APC led by His Excellency Alhaji Mai Mala Buni to call Senator Chris Ngige to order before he does more harm to our party that is standing the greatest chance of winning the November 6th Anambra governorship election.

“We call on all Party faithfuls in the 21 Local Governments and Ndi Anambra at home and in the Diaspora to support this efficient, vibrant and dedicated APC candidate in the person of Senator Dr. Andy Uba”.

2019: Governors from southern Nigeria meet in Lagos After 12 Years