Home PUO OPINION Re: Dakuku Peterside: The Tragedy Of A Misguided Intellectual… By Charles Jaja 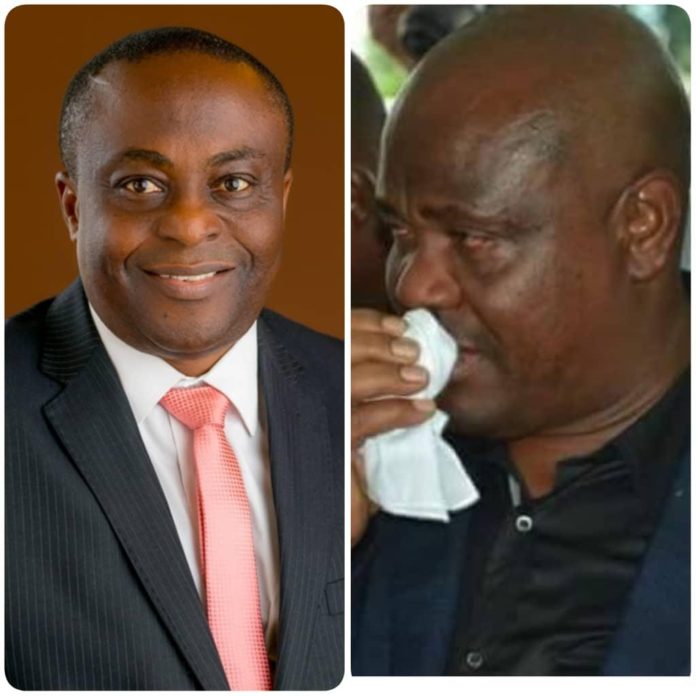 My attention has been drawn to a press release authored by the Rivers State Commissioner for Information with the above caption.

It appears it’s a response to the reply of Dr. Dakuku Peterside on the article written by Chief Dele Momodu, titled, “my close encounters with Gov. Wike.”

Ordinarily, one would have ignored dignifying the ‘honorable commissioner’ with a response. Being that he rather dwelled on insulting the person of Dr. Peterside, than addressing pertinent issues raised in that reply.
For instance, Dr. Peterside posited that the state has received over a trillion naira from federal allocation, internal revenues, loans, excess crude, refunds from Federal Government for projects executed by former governor Rotimi Amaechi and Paris Club refunds and that when compared to projects executed in the past 6years, it is nothing to write home. Dr. Peterside went on to provide details of advanced stages of the projects before Wike took over as governor in 2015 which he merely completed. Save for flyovers that cures no traffic situation in the state that he initiated, majority of rivers people knows that Gov. Wike’s signature projects are the acquisition of personal properties scattered around PH and Obio/Akpor areas for which he is building roads for ease of access to them.

Dr. Peterside gave various statistics on insecurity in the state, misery index, unemployment and others. They are verifiable fact. None was controverted. Rather, Mr. Paulinus shamefully gave the excuse that Governor Wike as unable “to show bold, determined, focused and decisive leadership in order to protect and secure lives and properties” bcos of insecurity in neighboring states. Perhaps, the reasons he kept curfew till date at the detriment of the survival of businesses in the state. It further shows that the Governor and indeed the Rivers State Government lacks the mental capacity to deal with insecurity or even provide the needed leadership that Rivers people truly deserve.

I had hoped that a commissioner whose primary assignment is to inform, educate and provide clarifications with facts and figures would have done justice to Dr. Peterside’s response than attacking his personality. Unfortunately, the governor has reduced members of his cabinet to mere errand boys and girls who do not even know what is happening under their respective ministries. It is even more shocking to say that no commissioner, particularly Mr. Paulinus Nsirim has ever seen Rivers Appropriation Law from 2016-till date. A public document as such as that only lives in Gov. Wike’s bedroom.

Again, the commissioner veered into the Ogoni-Andoni-Opobo Unity road and like his boss, insulted the collective existence of the Opobo people. It is instructive to inform Mr. Paulinus Nsirim that the project originally awarded to RIVIGO by Dr. Peter Odili and redesigned by the Rotimi Amaechi administration to include the NKORO-KALAIBIAMA-OPOBO spur, was owed less than 4billion naira. We call on Governor Wike to show Rivers People what additional work was included to the project that got it re-awarded to RAFFOUL for 14 billion, a whooping additional sum of 10 billion naira, if not for fraudulent purposes. Yet, he is billed to commission an uncompleted and poorly executed project this Saturday where he will take turns to insult very respected citizens of Rivers State as that has become his new penchant, unbecoming of a person occupying the office of Governor.

It is on record that Dr. Dakuku turned around NIMASA and that led to the generation of huge revenues that has never happened in the entire existence of NIMASA and at the end of his tenure, Dr. Peterside was celebrated and given ‘presidential’ treatment by members of staff of NIMASA on his exit.

It is on record that there are no foreign direct investment (fdi) attracted to Rivers state since the inception of this administration in 2015 till date. Pensioners are dying on daily basis as a result of hunger and starvation bcos governor Wike prefers that to paying them their due. It is on record that in the past 6yrs no promotion has happened in the civil service. Rivers State maintained top in unemployment and the flyover built are either for the purpose of crushing pro period perceived enemies who refused to sell their properties to him or to for personal gains that add no value to the economy of the state.

I therefore wish to advise Mr. Paulinus Nsirim who should as the Commissioner for Information be the image maker of the Wike led administration to live above board in the discharge of his duties and stop throwing stones at decent Rivers indigenes whose achievements at various levels is unparalleled.

Senator T.A. Orji and the Restoration of Sights: a Divine Mandate...

MASSIVE Defections Looms… A Lesson Under The Headlines… by Bernard...