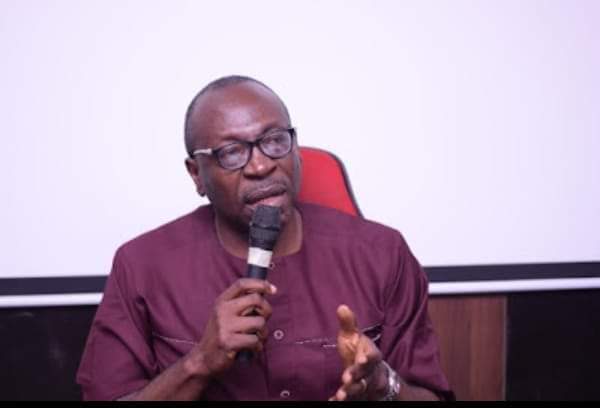 The Candidate of the All Progressives Congress (APC) in the last September 19, 2020 governorship election in Edo State, Pastor Osagie Ize-Iyamu, will lose his 18.0736 hectares of farmland on Amagba Village, a fast-developing area, GRA, in Oredo Local Government Area.

The governor of the state in a letter through Edo State Geographic Information Service, EDOGIS, signed by Mrs. Nora Ohiwerei, for the Managing Director of Urban Planning, on behalf of Gov. Obaseki said the Certificate-of-Occupancy (C-O) of the property that houses ‘I. O Farms has been revoked.

The letter read, ”I am directed to inform you that the Edo State Governor Mr. Godwin Nogheghase Obaseki has formally revoked the statutory right on all that parcel of land measuring approximately 18.0736 hectares in Amagba Village area.

Recall that the State government had in a paid announcement listed the properly among others whose C-of-O had been revoked. Which affected a former deputy governor of the State, Pius Odubu, member representing Owan Constituency in House of Representatives, Prof. Julius Ihonvbere and Mr. Matthew Itamagbor who is a close ally of Oshiomhole, former National Chairman of the All Progressives Congress, APC. 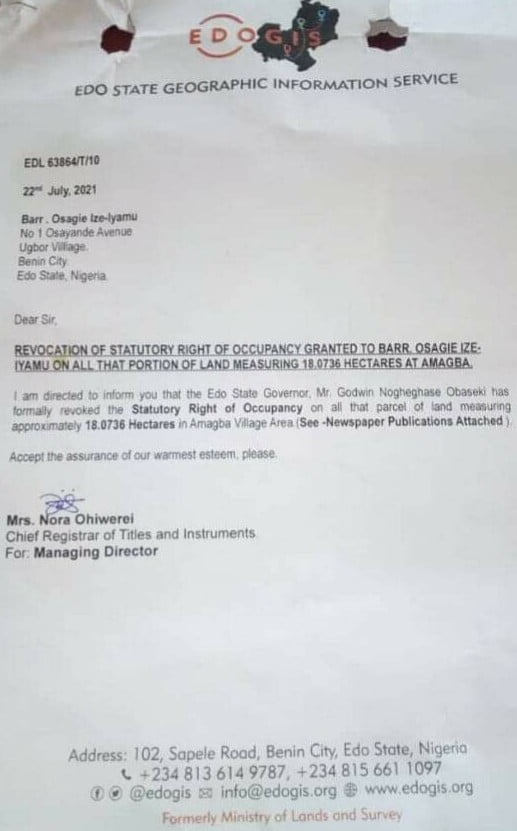 Any Policemn collecting bail money from suspects is a kidnapper –...