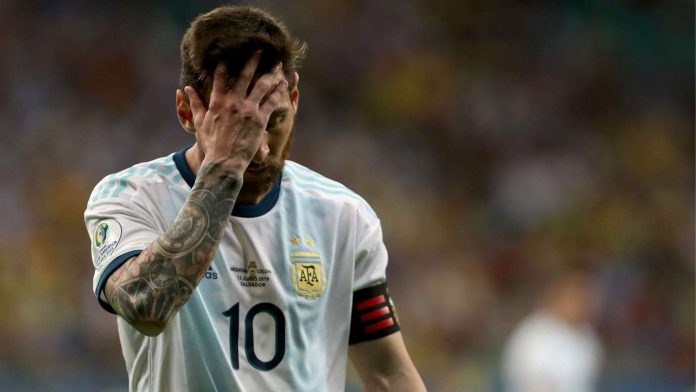 On Friday departing Barcelona captain, Lionel Messi, has been offered a three-year contract by Manchester City.

It was reported that the contract includes a two-year stay in Manchester City and a final year at New York City, a team also owned by the Cityzens’ owners, in the MLS.

The Premier League champions were the first club to be linked with Messi last year when the Argentine captain looked to be on his way out of Barcelona.

Soon after, Paris Saint-Germain joined in the struggle to get Messi’s signature, with players like Neymar, Angel Di Maria, and Leandro Paredes doing their best to lure the 34-year-old to the French Ligue 1 giants.

Meanwhile, Man City have just completed the signing of Jack Grealish from Aston Villa for £100 million, giving him the club’s number 10 jersey.

Furthermore, Pep Guardiola’s side are interested in signing England captain, Harry Kane, who might take yet another £120-150 million.

But with the new development, those plans could well change now that the six-time Ballon d’ Or winner is on the market as a free agent.

Recall that Barcelona on Thursday officially announced that their captain, Messi, will be leaving Camp Nou as a free agent this summer.