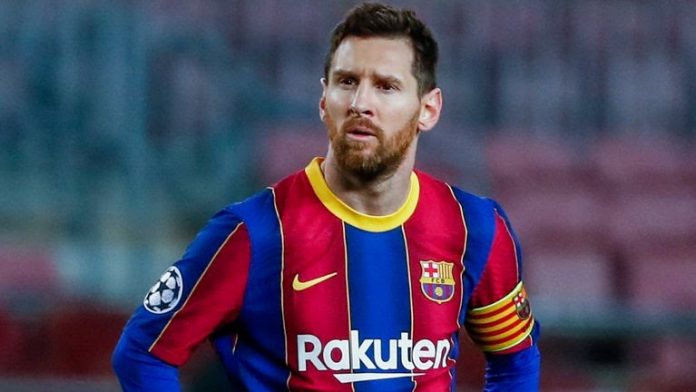 The 34-year-old is expected to sign a two-year contract next week, worth £25m a year after tax, with the option of a further year.

Messi left Barcelona after the La Liga club were unable to fulfil a new contract that had been agreed with the player due to “financial and structural obstacles”.

PSG, managed by Messi’s compatriot Mauricio Pochettino, quickly emerged as the frontrunners for his signature, in a move that would reunite him with former Barcelona team-mate Neymar.

PSG believe they have a good chance of completing a deal and can afford to sign him without breaking any Financial Fair Play rules.

Gianluigi Donnarumma, Sergio Ramos and Georginio Wijnaldum have already arrived at the Parc des Princes on free transfers this summer.

Messi, the six-time Ballon d’Or winner, had officially been a free agent since July 1 after he failed to agree terms over a renewal before his previous Barca contract expired on June 30.

Messi had spent his entire career at Barcelona, coming through the club’s academy before going on to score 672 goals in 778 appearances after making his senior debut in 2003.

Lionel Messi moving to Paris will raise French football’s profile around the world but serious questions will be asked about PSG’s ability to operate within financial fair play (FFP) rules.

French clubs have been hit extremely hard by the pandemic. Ligue 1 and 2 did not finish their seasons after they were suspended in March last year and the LFP’s €800m-a-year domestic broadcast deal with Mediapro collapsed four months into its first season.

Despite the problems in French football, PSG, backed by their Qatari owners, are confident they can balance their books by selling players and sign Messi without breaking FFP rules.

PSG have already signed Achraf Hakimi from Inter Milan this summer for €60m and they have given big contracts to three players who were free agents – Gianluigi Donnarumma, Sergio Ramos and Georginio Wijnaldum.

They remain in talks with Kylian Mbappe about a contract extension – his current deal runs out next summer.

PSG signing Messi would make it extremely difficult for them to be able to afford to sign Paul Pogba from Manchester United this summer.

Any deal for Messi would also be a huge boost for Qatar as it prepares to host the World Cup next year.

Why I snubbed Germany for Nigeria – Maduka Okoye reveals