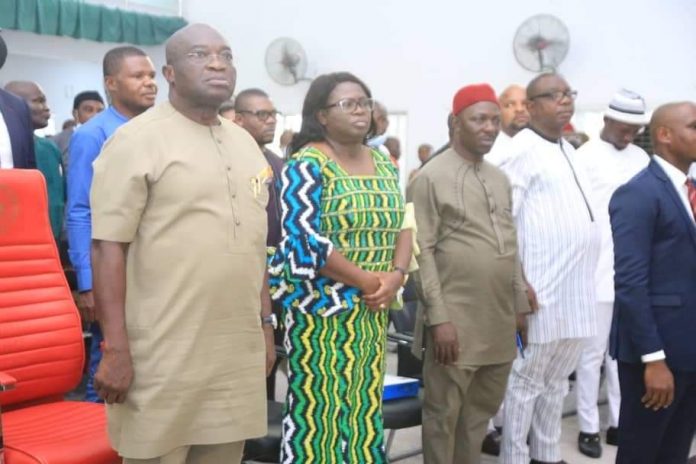 Governor Okezie Ikpeazu has assured that his administration remains on course to take Abia to greater heights and Abians to be patient with his administration even as he assured of a new Abia that will witness greater development in the days ahead.

Governor Ikpeazu who stated this today at the Dr Michael Okpara Auditorium Umuahia during the grand finale of the activities marking the 30th anniversary of the creation of Abia State
said that going forward Abia will witness the completion of the critical projects like new Government House, the JAAC building, the Osisioma flyover , the reconstruction and expansion of Portharcourt road Aba, Obohia, Uratta, Ngwa Roads amongst others.

He further disclosed that his administration plans to establish one cottage industry in each of the 17 LGAs beginning with 6 pilot Local Government Areas, which will be commissioned shortly.

According to the Governor, his desire is to use the industries to engage youths and women in the grassroot areas thus, reversing rural-Urban drift and to roll back the years when the Late Dr M I Okpara as Premier of the old Eastern Region used Agriculture to transform the economy of the region. 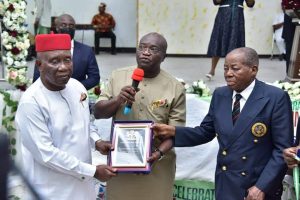 The Governor who pointed out that Abia is one of the most peaceful states in Nigeria, thanked citizens across party divides who have continued to support development in the state.

He also appreciated security agencies in the state for the prevailing peace and security and assured that his government is working hard to provide the right ambience for the promotion of the SME sector as new things have been done in the area of industrialization.

The Governor noted that Abia is now a net exporter of skilled manpower to the world in shoe making and made public his interest in creating an equivalent of Abia Automated Shoe Factory in the Garment sub-sector.

He disclosed that the World Bank Intervention fund for Ndiegoro erosion control project is still intact, maintaining that the rumor that the state government has misappropriated the fund should be discountenanced as products of mischievous and ignorant persons, pointing out that World Bank Project funds are naturally warehoused in a project account where the State Government does not ordinarily have access nor control over it, noting that payments from such funds to contractors are usually approved by the World Bank after clear milestones are achieved at the project site and duly certified by Consultants appointed by the Bank. He noted that with the commendation received from the ICPC on the judicious use of the Paris Club refund fund which was paid directly to the State Government , it is unthinkable for him to authorize the misappropriation of funds which are not even within his reach and earmarked for the development of critical infrastructure in Aba. 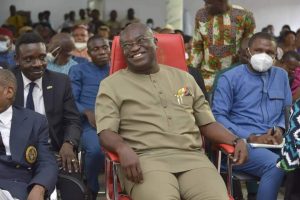 Dr Ikpeazu said that though Abia is not yet where it ought to be, but has certainly made progress in various spheres of development.

He said that 30 years of existence is not a mean feat, adding that Abia has recorded impressive developmental milestones.

The Governor said that the celebration calls for sober reflection on the sacrifices of the founding fathers of the state including the late former Premier of the defucnt Eastern Region, Dr Michael Iheonukara Okpara and the first indigenous military Head of State, Late General Johnson Aguiyi Ironsi who made great contributions to Abia and Nigeria at large.

The Governor expressed deep sense of loss over the death of Lady Adanma Okpara and Lady Victoria Aguiyi Ironsi who died few days ago, assuring that their memories will continue to sustain the state.

Highlights of the celebration was the presentation of a lecture on the topic: “Insecurity As a Threat To Development” by a retired Director of the DSS, Mr Raymond Nkemdirim, unveiling and a review of the
book entitled “Recollected In Tranquility: A Festschrift For Okezie Victor Chibuikem Ikpeazu Ph.D written by Kennedy Onyenma. The review was by a Senior Advocate of Nigeria, Professor Sam Erugo, represented by Associate Professor Hargler Okorie. Other highlights at the event included the presentation of the Abia State Long Term Development Plan 2020-2050 by the Permanent secretary and Executive Secretary of the Abia State Planning Commission, Dr Mrs Nnenna Chikezie.

Rivers APC: Details of What Happened at the Supreme Court by...